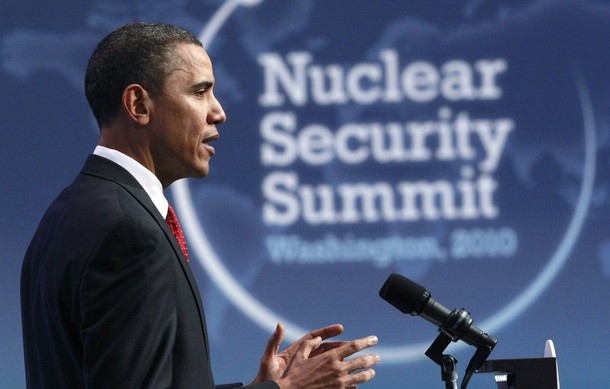 From William J. Broad, the New York Times:  The 32 nations with materials that can fuel atom bombs are typically mum on security, which looks to the public like a closed world of barbed wire and armed guards. Behind the scenes, atomic insiders have long told horror stories of risky practices and security flaws that might let the crucial ingredients for nuclear weapons fall into the wrong hands.

Now, for the first time publicly, experts have surveyed the precautions each country has in place and ranked the nations from best to worst. The study is full of surprises and potential embarrassments: for instance, Australia takes first place in nuclear security and Japan comes in at No. 23, behind nations like Kazakhstan and South Africa.

The United States? It ties for 13th place with Belgium. Last place goes to North Korea, a police state that the report finds to be seriously deficient on issues of atomic security, and next-to-last to Pakistan.

The edgy ranking is a joint endeavor of the Nuclear Threat Initiative, a private advocacy group in Washington, and the Economist Intelligence Unit, a company in London that does risk analyses. Their goals are to stir debate on how to promote security and to encourage governments to strengthen protections against atomic terrorism.

“We’ll never get this job done if we continue to operate behind closed doors,” Deepti Choubey, senior director for nuclear security at the Nuclear Threat Initiative, said Tuesday in an interview. The analysis was unveiled Wednesday morning and posted online at www.ntiindex.org.

In interviews, the nuclear analysts said they worked from public information that was often poorly known — for instance, general procedures for training guards and protecting sensitive sites.

“There was no spying,” said Leo Abruzzese, director of global forecasting at the Economist Intelligence Unit. “It was pieced together” from a wealth of obscure data. . . .

The new analysis centers on security precautions for the two main fuels of nuclear arms — plutonium and highly enriched uranium. It did not try to assess protections for highly radioactive materials that a terrorist might try to scatter with conventional explosives in a so-called dirty bomb. . . .

Among the nine countries known to possess nuclear arms, Britain came out on top with a score of 79. The report credits its high status to concrete security measures as well as “its commitment to and follow-through on international obligations. . . .”

The report said nearly a quarter of the nations with materials that can fuel atom bombs scored poorly on social factors because of “very high levels of corruption.” And it warned that several of those “also scored poorly on the prospect of political instability over the next two years.”

That bleak combination, the study concluded, “significantly increases the risk that nuclear materials might be stolen, with help from corrupt insiders or in the midst of government distraction or political chaos.”  (Photo: Reuters)