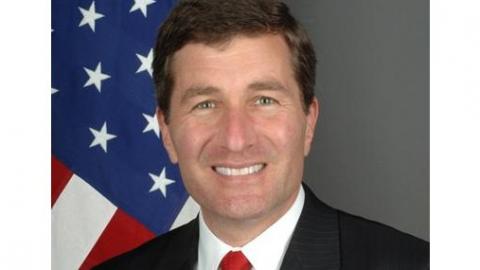 From Jamey Keaten, AP:  The U.S. Embassy in Paris on Wednesday "categorically" denied claims in a French magazine report that the U.S. government was behind a hacking attack against computers in the French president’s palace earlier this year. . . .

According to L’Express, hackers masquerading as Facebook friends of presidential palace employees duped them into giving up internal passcodes, then used them to spread a computer worm on Elysee Palace computers in May, including one used by then-President Nicolas Sarkozy’s chief-of-staff.

In a statement Wednesday, the U.S. Embassy said the report was not based on facts and pointed to the article’s own language that said the magazine’s unidentified sources suspected the U.S. role in part because of "a bundle of presumptions. . . ."

"We categorically refute the allegations of unidentified sources, which appeared in an article in L’Express, by which the United States government would have participated in a cyber-attack against the French government," said the embassy statement, which was written in French. . . .

Despite efforts to cloak the intrusion, the malicious code left a trail, L’Express reported. The magazine said several unidentified sources with knowledge of the case pointed to "France’s oldest ally: The United States" as the culprit.

Speaking to reporters after a weekly Cabinet meeting Wednesday, French government spokeswoman Najat Vallaud-Belkacem said she didn’t have precise information about the alleged attack, "but I don’t believe we have any particular worries" that the United States might have been behind any such hacking.  (photo: Department of State)