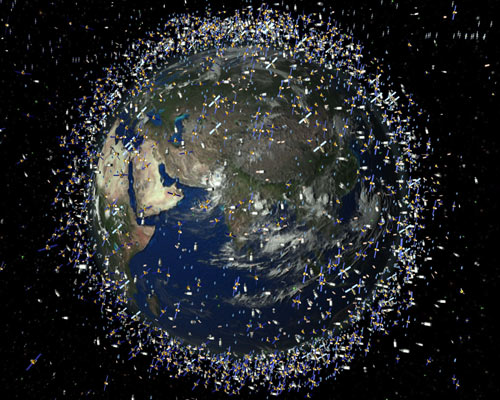 From Andrea Shalal-Esa, Reuters:  The United States wants more global cooperation in space including joint war games and combined operations with allies , and is pushing for data-sharing deals with France, Japan and other countries, a U.S. defense official said in an interview.

Greg Schulte, deputy assistant secretary of defense for space policy, said in an interview on Wednesday that it made sense for countries to work together in space given tight defense budgets and the increasingly congested and contested nature of space. . . .

Schulte said the Pentagon had already signed agreements with 30 satellite operators and companies to expand its knowledge of what is happening in space. General Robert Kehler, commander of U.S. Strategic Command, is reaching out to other countries to sign similar deals, Schulte said. . . .

Cooperation was critical given actions by China, Russia, and Iran to develop weapons that could target Western satellites, Schulte said. In a recent speech, Schulte observed that Russia has talked about deploying anti-satellite weapons; Iran and Syria have jammed commercial communications satellites; and North Korea recently jammed signals from satellites.

"If you operate together you develop collective deterrence. An attack on one becomes an attack on many," Schulte said in the interview. . . .

He said this spring the U.S. Air Force conducted a military space exercise with Britain, Canada, Australia and other members of NATO, the first international war game for space hosted by the United States.

"This was a real serious opportunity … to think about how do we conduct coalition space operations in support of military operations on the ground," Schulte said.  (graphic: European Space Agency)