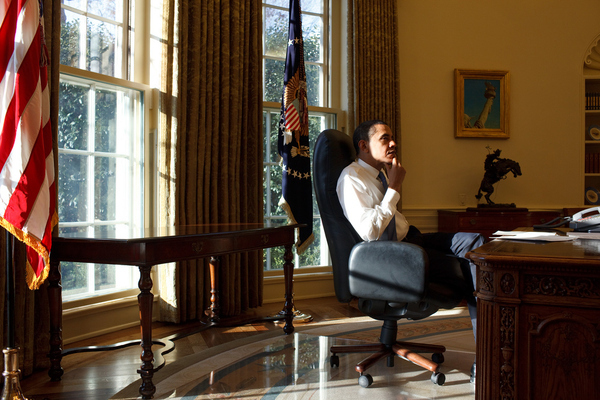 The United States is still seeking an “international coalition” in response to Syria’s alleged use of chemical weapons, despite a vote against military action by British MPs, US Defence Secretary Chuck Hagel said on Friday.

“Our approach is to continue to find an international coalition that will act together,” Hagel told a news conference after the British lower house ruled out participation in any punitive strikes against Syria’s regime with a shock vote late on Thursday.

Hagel said Washington respected the British parliament’s stance. “Every nation has a responsibility to make its own decisions,” Hagel said during a visit to The Philippines. “We are continuing to consult with the British as with all of our allies. . . .”

US officials suggested that President Barack Obama would be willing to proceed with limited actions against Syria even without specific promises of allied support because US national security interests are at stake.

“President Obama’s decision-making will be guided by what is in the best interests of the United States,” White House spokeswoman Caitlin Hayden said in a statement after the British vote. “He believes that there are core interests at stake for the United States and that countries who violate international norms regarding chemical weapons need to be held accountable. . . .”

British Defence Secretary Philip Hammond said key ally Washington would be disappointed that Britain “will not be involved,” though he added, “I don’t expect that the lack of British participation will stop any action.”

But he told BBC television, “It’s certainly going to place some strain on the special relationship,” referring to ties with Washington. . . .

US administration and defence officials have said in recent days the most likely move would be the launch of cruise missiles from ships off the Syrian coast in a campaign that would last days.

Several US naval ships have been making their way to the eastern Mediterranean Sea in recent days, while two French anti-air frigates were heading in the same direction. France also has a dozen cruise missile-capable fighter aircraft at military bases in the United Arab Emirates and the Horn of Africa nation of Djibouti.