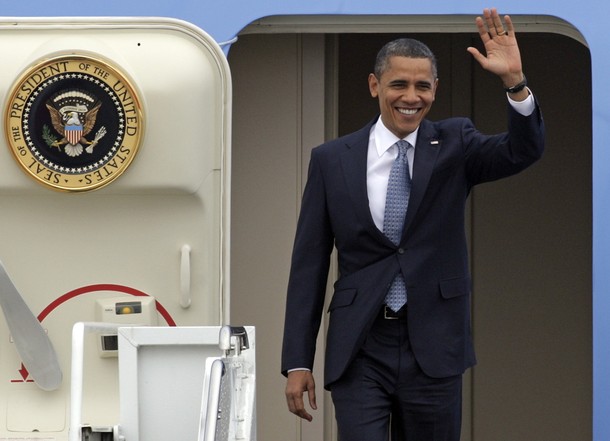 From Judy Dempsey, the New York Times:  The American delegation at the summit here will try to give the negotiations for a renewal of the Conventional Forces in Europe Treaty a crucial push during the two-day NATO gathering, which is set to open later on Friday, according to diplomats of several signatory countries to the 1991 treaty.

“A breakthrough would have political value for the administration and for NATO, especially if it meant real verification of Russian troop movements,” said Markus Kaim, defense expert at the German Institute for International and Security Affairs in Berlin. “After all, this is the only disarmament treaty that involves NATO.”

Security experts say the Obama administration’s determination to salvage the conventional arms treaty, which came into effect in 1992 just after the collapse of the former Soviet Union, shows how much store it places on all aspects of arms control. But it is also part of the administration’s policy of “resetting” its relationship with Russia.

“This administration is clearly committed to arms control. By trying to salvage the C.F.E. treaty, it wants to enhance stability and confidence in the Euro-Atlantic space,” said Mr. [Stephen] Flanagan. “Above all, it wants to seek a much more cooperative relationship with Russia. The C.F.E. is a key to this policy.”

“The U.S. wants to focus on transparency and trust in the text and leave the detail until later,” said Karl-Heinz Kamp, director of research at NATO’s defense college in Rome.

Russia suspended its participation in the conventional forces treaty in December 2007 after NATO and the Kremlin failed to bridge their differences over amendments that were negotiated in 1999.  (photo: Getty)