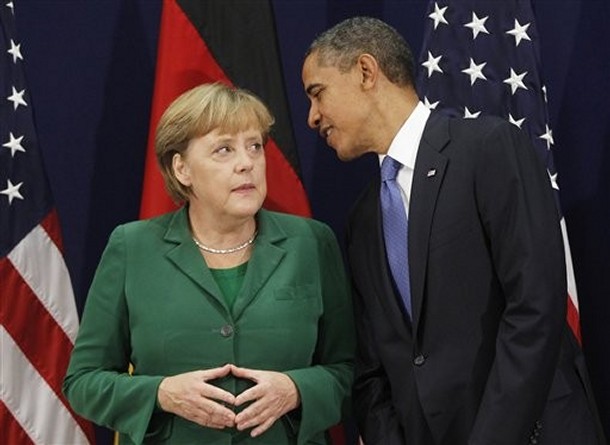 From Spiegel:  Currently, the Western allies are deadlocked in the search for sufficient post-withdrawal funding for Afghanistan. The US has committed to covering half of the €3.1 billion ($4 billion) per year necessary to equip and train Afghan security forces.

Last week’s NATO summit in Brussels, however, brought little in the way of concrete pledges from other member states. Internally, Berlin has assumed it would ultimately be saddled with annual payments of no more than €150 million. Now, however, SPIEGEL has learned that the US is demanding at least €190 million from Germany.

"An adjustment to the previously fixed corridor of €100 to €150 million should be taken into account," reads a confidential Foreign Ministry document, which SPIEGEL has seen.  (photo: AP)