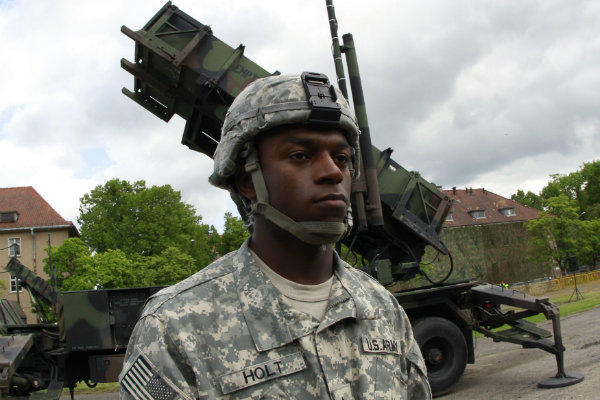 From Yousaf Butt, Christian Science Monitor:  One expensive Pentagon boondoggle that should be canceled in these times of tight budgets is the NATO missile defense program.

Not only would canceling this program save billions, it would be strategically sensible, bring about greater international cooperation on security issues, and free up more than 30 Navy ships to address actual military threats around the globe.

According to the current missile-defense plan, the United States, working with NATO, would ramp up the deployment of a mix of increasingly sophisticated sea- and land-based missile interceptors around Europe in an attempt to guard against any possible future Iranian nuclear missiles. That sounds good, but the problem is that an enemy bent on delivering a nuclear payload could easily defeat the system by using decoy warheads, thereby swamping the radars and other sensors with fake signals.

In fact, two recent government-sponsored scientific studies have shown that the missile defense system being planned to protect the US and Europe is fundamentally flawed and will not work under real combat conditions. As Philip Coyle, who stepped down as associate director for national security and international affairs in the Obama administration’s Office of Science and Technology Policy recently put it, the program is “chasing scientific dead ends, unworkable concepts and a flawed overall architecture.”

Besides saving about $8 billion per year, there would be numerous other collateral benefits to canceling this flawed program. Missile defense has been the main irritant in recent US-Russia relations. Shelving it could bring about greater Russian cooperation on a host of important global security issues like Syria, Iran, space and nuclear security, the American strategic pivot to the Pacific, and the emerging issues over the future of the Arctic. . . .

Washington shouldn’t cancel missile defense just to please Russia or China. It should be canceled because the system is fundamentally flawed and ridiculously expensive. Shutting it down would be in America’s fiscal and security interests.

Doing so would also free up the more than 30 Navy ships that are slated to become floating launchpads for missile defense interceptors. Instead of being wasted as floating barges, these ships could instead be used for actual naval military missions.

Defense expert and commentator Robert Kaplan recently bemoaned the shrinking of US Naval forces, and advocated for an increase from the roughly 284 Navy ships the US has to about 350. The more than 30 “Aegis” missile defense interceptor ships, together with their support crews and naval bases, could go a long way in bridging this gap by carrying out real military missions such as those Mr. Kaplan suggests. Diverting those ships for the flawed missile defense plan will stretch the Navy’s limited destroyer fleet for no good reason.

What about the concern that the US would be abandoning Poland and other European allies if missile defense is canceled? It would be far better for the NATO nations to cooperate on other militarily useful missions instead of on a defense system that does not work. Washington would be doing its NATO allies a favor by candidly admitting the missile defense program’s inherent architectural flaws. Friends don’t let friends field junk-defense hardware. . . .

The current missile defense plan will only give America and its allies a false sense of security, while simultaneously giving China and Russia a false sense of insecurity, potentially causing a needless backlash from them.

In this time of tight budgets, Washington ought to stick to core military missions and not indulge in the expensive fantasy of an unworkable missile defense. America has spent 50 years and hundreds of billions of dollars already chasing this dream in vain. As then-Senator Joe Biden put it in 2001, the “obsession with missile defense…is…troubling because of the attention and resources being diverted from critical efforts to address genuine threats.”

Yousaf Butt, a nuclear physicist, is professor and scientist in residence at the James Martin Center for Nonproliferation Studies at the Monterey Institute of International Studies. The views expressed are his own.  (photo: Peter Andrews/Reuters)