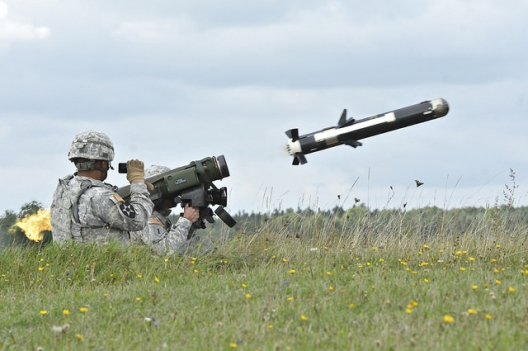 Washington needs to do more to get Russia to change course. That means giving the Ukrainian military sufficient means to make further aggression so costly that Putin and the Russian army are deterred from escalating the fight. …

First, the White House and Congress must commit serious money to Ukraine’s defense: $1 billion in military assistance this fiscal year, followed by an additional $1 billion each in fiscal year 2016 and 2017. Congress should not only authorize assistance, as it did in the Ukraine Freedom Support Act last year, but also appropriate funds.

Second, the U.S. government should alter its policy and begin providing lethal assistance to Ukraine. To be sure, most of the above funds would go to nonlethal assistance. For example, the Ukrainian army desperately needs counter-battery radars to pinpoint the source of enemy rocket and artillery fire, which cause about 70 percent of Ukrainian casualties.

Third, the U.S. government should approach other NATO member states about assisting Ukraine, particularly those countries that operate former Soviet equipment and weapons systems compatible with Ukraine’s hardware. If the United States moves to provide lethal assistance, we believe that some other NATO countries will do so as well.

Time is urgent. Spring arrives in three months in eastern Ukraine, and fighting could then achieve new intensity. We should help the Ukrainians deter that.

Steven Pifer is a senior fellow at the Brookings Insitution and a former U.S. ambassador to Ukraine. Strobe Talbott is the president of the Brookings Institution. He served as deputy U.S. secretary of state from 1994 to 2001.