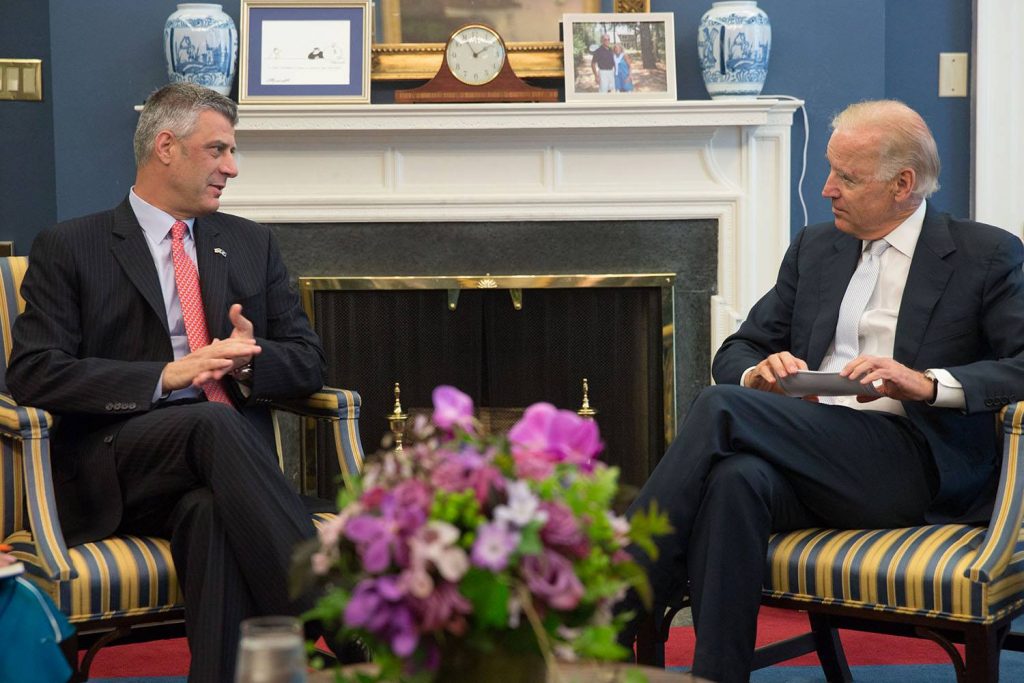 From the Editors of the Washington Post:  Hashim Thaci, onetime leader of the Kosovo Liberation Army and now the country’s prime minister, was in Washington last week to talk about an accord he reached with Serbian Prime Minister Ivica Dacic to normalize the two countries’ relations. . . .

Serbia’s government has never acknowledged Kosovo’s independence. The agreement nevertheless calls for Serbia to accept the Kosovo government’s authority over all of his territory in exchange for extensive autonomy for areas where ethnic Serbs form a majority. . . .

The incipient settlement is an example of how Western intervention can stop a bloody and seemingly in­trac­table ethnic war — but also of how much effort is required. Since the fighting ended in 1999, NATO has kept a peacekeeping force in Kosovo, including U.S. troops; 760 American personnel are still there. The deal between Mr. Thaci and Mr. Dacic was brokered through the tireless diplomacy of European Union foreign policy chief Catherine Ashton, who oversaw 10 taxing rounds of negotiations. . . .

Thanks to its decision to come to terms with its former province, Serbia will likely be given a date this month by Brussels for the opening of accession talks, while Kosovo will be invited to begin work on an association agreement. Kosovo would also like to join NATO, which is one reason Mr. Thaci was in Washington: He was hoping the Obama administration will press the alliance to take preliminary steps toward admitting his country.

The United States should support that ambition and also press countries that have not yet recognized Kosovo, including several of its neighbors in southeastern Europe, to do so.  (photo: Embassy of Kosovo)