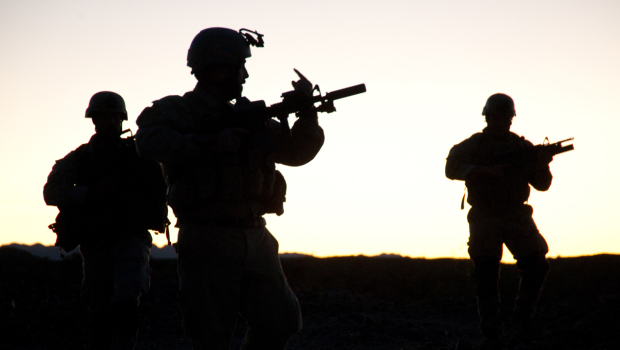 From Joe Pappalardo, Popular Mechanics:  Alpha’s men will be among the nearly 10,000 special operators in Afghanistan in 2013, preparing for the administration’s 2014 exit of major combat troops. "While the aggregate number of total personnel in Afghanistan will decrease as we approach 2014, the special operations forces’ contribution may increase," Adm. William McRaven, head of Special Operations Command (SOCOM), told Congress in March. They will be there until at least 2017.

The expectation in Washington, D.C., is that these teams can take the lead in keeping the Afghan central government in control of a dysfunctional country of 35 million. If they can, America’s longest war will end with a qualified win. If they fail, the nation could slip into civil strife and again become a haven for terrorists. "The rumbling around town is that special operations forces will basically own the U.S. mission in Afghanistan," says Travis Sharp, a fellow at the Washington, D.C.—based Center for a New American Security. "SOF has been on the rise for a decade. Now we are going to see if they can hold and consolidate gains." He adds: "If I trust anyone to get the job done, it’d be SOF. . . ."

The public may not have a good grasp on SOCOM’s activities, but Washington, D.C., is increasingly relying on its broad mandate to counter global instability. Since 2001, SOCOM’s ranks have doubled and are funded to grow from 66,100 to 71,100 by 2015. Its budgets tripled since 2001 to a 2012 tally of $10.5 billion. The tempo of deployments has risen too: the command’s personnel (not all A-Teams) now work in at least 75 nations, 15 more than the total at the end of the Bush administration. "I expect the operational demands placed on special operations forces to increase across the next decade and beyond," McRaven says.

SOCOM has become the U.S. government’s tool of choice for soft power projection, but this is partly by default. "Most of our resources, when it comes to these types of efforts, are placed in the Department of Defense," says Rick Nelson, a senior fellow with the Center for Strategic and International Studies, who served with Joint Special Operations Command. "The reality is that the State Department and USAID are not funded at appropriate levels."

Spec ops has become a tempting option for civilian policymakers. Teams are easy to send into the field because they can be deployed with little disclosure to the public or to regional allies, minimal advance warning, and fewer bureaucratic approvals. "The U.S. government is at risk of seeing SOF as a panacea for all of America’s security problems in the world," Travis Sharp says. "There is a reasonable limit to what they can accomplish and remain sustainable. . . ."

In Afghanistan, Alpha’s team will try to create a local force, backed by a credible government, to keep the insurgent wolves at bay. "We are trained to be guerrillas," Alpha says. "Who’d be better at being counter-guerrillas?"

The Pentagon calls them force multipliers for a reason. "Every guy is expected to lead one company-size element, up to 100 guys," Alpha says. "I’m supposed to lead a battalion, or 600 guys."

Every member of a 12-man special operations team has made himself into an avatar of the most idealized version of the nation he serves. The pressure is always on to appear perfect in front of conventional and foreign forces. "We always want to build the aura that we are masters of chaos and jacks-of-all-trades," Alpha says. "Expectations are really high. We have to give them what they expect."

The team’s Charlie (construction and demolitions specialist) points out that there’s a lot of diplomacy involved in being an elite warrior: "I could be talking to a [foreign army] colonel in the morning, the provincial governor in the afternoon." He has no illusions about how hard it will be to operate in Afghanistan. "I could be heading out to the market to pick up lumber to build a school. Then we’re told about an IED [improvised explosive device] and have to go handle it," he says. "Then back to the market, buy the supplies, distribute them, and do the accounting when I get back."

The attacks on Afghans who support the government in Kabul—and the United States—will only grow as 2014 approaches. The police units that spec ops teams train have been the targets of infiltration and murder. "We talk to guys who are over there now," Alpha says. "We’re expecting a hard fight."  (photo: U.S. Navy)  (via Real Clear World)