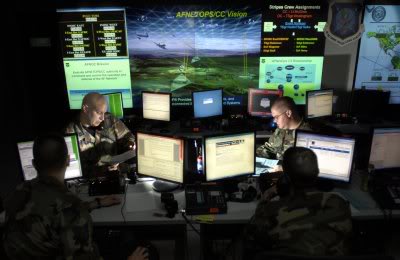 U.S. intelligence services carried out 231 offensive cyber-operations in 2011 , the leading edge of a clandestine campaign that embraces the Internet as a theater of spying, sabotage and war, according to top-secret documents obtained by The Washington Post.

Additionally, under an extensive effort code-named GENIE, U.S. computer specialists break into foreign networks so that they can be put under surreptitious U.S. control. Budget documents say the $652 million project has placed “covert implants,” sophisticated malware transmitted from far away, in computers, routers and firewalls on tens of thousands of machines every year, with plans to expand those numbers into the millions.

The documents provided by Snowden and interviews with former U.S. officials describe a campaign of computer intrusions that is far broader and more aggressive than previously understood. The Obama administration treats all such cyber-operations as clandestine and declines to acknowledge them.

The scope and scale of offensive operations represent an evolution in policy, which in the past sought to preserve an international norm against acts of aggression in cyberspace, in part because U.S. economic and military power depend so heavily on computers.

“The policy debate has moved so that offensive options are more prominent now,” said former deputy defense secretary William J. Lynn III, who has not seen the budget document and was speaking generally. “I think there’s more of a case made now that offensive cyberoptions can be an important element in deterring certain adversaries.”

Of the 231 offensive operations conducted in 2011, the budget said, nearly three-quarters were against top-priority targets, which former officials say includes adversaries such as Iran, Russia, China and North Korea and activities such as nuclear proliferation. The document provided few other details about the operations.

Stuxnet, a computer worm reportedly developed by the United States and Israel that destroyed Iranian nuclear centrifuges in attacks in 2009 and 2010, is often cited as the most dramatic use of a cyberweapon. Experts said no other known cyberattacks carried out by the United States match the physical damage inflicted in that case.

U.S. agencies define offensive cyber-operations as activities intended “to manipulate, disrupt, deny, degrade, or destroy information resident in computers or computer networks, or the computers and networks themselves,” according to a presidential directive issued in October 2012. . . .

Much more often, an implant is coded entirely in software by an NSA group called Tailored Access Operations (TAO). As its name suggests, TAO builds attack tools that are custom-fitted to their targets. . . .

By the end of this year, GENIE is projected to control at least 85,000 implants in strategically chosen machines around the world. That is quadruple the number — 21,252 — available in 2008, according to the U.S. intelligence budget.

The NSA appears to be planning a rapid expansion of those numbers, which were limited until recently by the need for human operators to take remote control of compromised machines. Even with a staff of 1,870 people, GENIE made full use of only 8,448 of the 68,975 machines with active implants in 2011.

For GENIE’s next phase, according to an authoritative reference document, the NSA has brought online an automated system, code-named TURBINE, that is capable of managing “potentially millions of implants” for intelligence gathering “and active attack.”

When it comes time to fight the cyberwar against the best of the NSA’s global competitors, the TAO calls in its elite operators, who work at the agency’s Fort Meade headquarters and in regional operations centers in Georgia, Texas, Colorado and Hawaii. The NSA’s organizational chart has the main office as S321. Nearly everyone calls it “the ROC,” pronounced “rock”: the Remote Operations Center.

“To the NSA as a whole, the ROC is where the hackers live,” said a former operator from another section who has worked closely with the exploitation teams. “It’s basically the one-stop shop for any kind of active operation that’s not defensive. . . .”

Teams from the FBI, the CIA and U.S. Cyber Command work alongside the ROC, with overlapping missions and legal authorities. So do the operators from the NSA’s National Threat Operations Center, whose mission is focused primarily on cyber­defense. That was Snowden’s job as a Booz Allen Hamilton contractor, and it required him to learn the NSA’s best hacking techniques.

According to one key document, the ROC teams give Cyber Command “specific target related technical and operational material (identification/recognition), tools and techniques that allow the employment of U.S. national and tactical specific computer network attack mechanisms.”

The intelligence community’s cybermissions include defense of military and other classified computer networks against foreign attack, a task that absorbs roughly one-third of a total cyber operations budget of $1.02 billion in fiscal 2013, according to the Cryptologic Program budget. The ROC’s breaking-and-entering mission, supported by the GENIE infrastructure, spends nearly twice as much: $651.7 million. . . .

The NSA designs most of its own implants, but it devoted $25.1 million this year to “additional covert purchases of software vulnerabilities” from private malware vendors, a growing gray-market industry based largely in Europe.