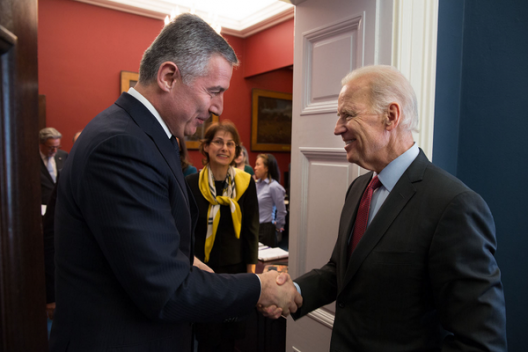 Contingent upon further progress in these areas, the United States is prepared to support extending a membership invitation to Montenegro at the December meeting of NATO foreign ministers.

The Vice President and Prime Minister agreed that Montenegro’s membership in NATO would firmly anchor Montenegro in Euro-Atlantic institutions, promote greater regional stability in the Balkans, and demonstrate the credibility of NATO’s Open Door policy.

The Vice President commended the Prime Minister on Montenegro’s defense, intelligence, and rule of law reforms and urged him to continue to look for ways to strengthen efforts to fight corruption and organized crime.