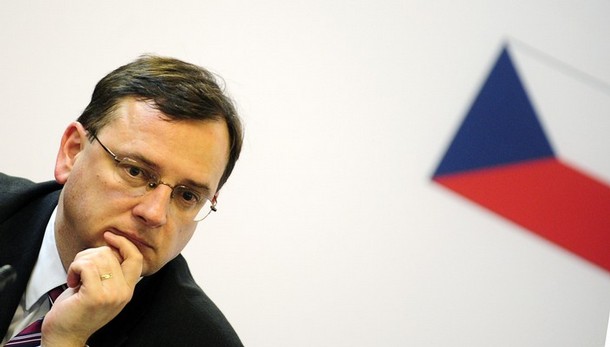 From Karel Janicek, the AP:  The Czech prime minister said Friday his government has been negotiating a plan with the United States to place a warning center in the Czech Republic as part of a reworked U.S. missile defense plan.

Petr Necas said the purpose of the center was to gather and analyze information from satellite censors "to detect missiles aiming at NATO territory."

"It’s not supposed to be a huge military installation," Necas said.

He said only several people will be needed to run the center, and that they could be from the U.S., NATO member countries or the Czechs after undergoing training.

It is not clear yet where in the country the installation could be based or when it could become operational. Necas said Prague was an option.

The U.S. plans to initially invest $2 million in 2011 and 2012 for the center, which is expected to become part of a joint NATO missile defense shield in the future, Necas said.  (photo: Getty)