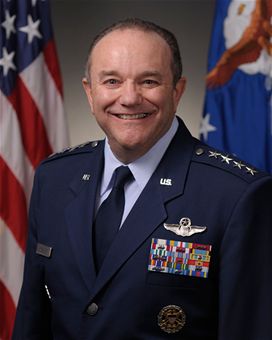 After meeting his deputy commander, German three-star Friedrich Wilhelm Ploeger, General Breedlove proceeded to the HQ main briefing room to be welcomed by the NATO headquarters staff during a commander’s call.

“I am excited about being back out here in Germany,” said General Breedlove for whom this assignment is the fifth tour to the country, “and I am looking forward to meeting the representatives of all Allies. It is just great to be back to the operational level and to be part of NATO again. . . .

In addition to his NATO “hat” General Breedlove also serves as Commander United States Air Forces in Europe at Ramstein Air Base and Director of the multinational Joint Air Power Competence Centre at Kalkar, Germany. General Breedlove took the helm from to General Mark A. Welsh, who will be the new Chief of Staff of the U.S. Air Force.  (photo: USAF)