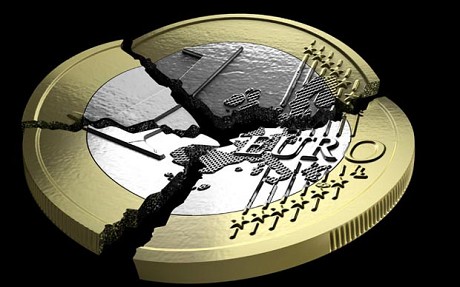 From Vaclav Klaus, the Telegraph:  European integration was originally based on a rational idea to liberalise Europe, to open it up and to expand trade by building a common market and a large, interconnected economic space. This liberalisation more or less characterised the first decades of the European integration process. And it brought positive results, especially compared with the 1930s.

But the current era is different, because European integration moved to a different stage. Liberalisation was replaced by a massive shift of competencies from individual member states to the European Union’s “commanding heights” in Brussels; by the radical switch from intergovernmentalism to supranationalism; by the carefully organised weakening of the original building blocks of European integration – that is, individual countries; by large-scale centralisation, additional anti-market regulation, standardisation and harmonisation of the whole continent.

In the past a highly heterogeneous continent flourished due to its diversity, non-uniformity, and the healthy competition between countries. This changed when Europe became unified and was artificially made uniform by centrally organised governance and legislation. It led to the disturbing economic outcomes we see today and to what is called a democratic deficit. I call it post-democracy.

Institutional uniformity turned into a straitjacket that keeps blocking all kinds of positive human activities. The most important moment in this process was the establishment of the European Monetary Union and the introduction of one currency in a group of 12 countries (now 17) that do not form what economists call an optimal currency area. The eurozone sovereign debt crisis is an inevitable consequence of one currency, one exchange rate, and one interest rate for countries with diverse economic parameters. The political decision in favour of this arrangement was taken with almost no attention being paid to the existing economic fundamentals.

Economists know that wrongly constructed monetary unions are costly and do not last long. Such arrangements may be “saved” hypothetically by a degree of solidarity among members and by huge fiscal transfers. But there can’t be any truly authentic feeling of solidarity in Europe and there is no large volume of funds in the hands of Europe’s political authorities to compensate countries that are, because of their economic parameters, the victims of such an arrangement. So there is no imminent solution to the eurozone sovereign debt trap. There are only unpleasant consequences: short-term economic and budgetary problems and long-term stagnation.

The current model is, however, only half of the problem. Besides the difficulties resulting from integration, there is a huge problem with Europe’s social market economy. It prefers policy based on income redistribution instead of productive activities. It prefers leisure, free time, and long holidays to hard work. It prefers consumption to investment, debt to savings, and security to risk-taking. It prefers social democratism to capitalism.

Václav Klaus is President of the Czech Republic. This article is taken from a speech made to the Bruges Group in London on May 3, 2012.   (graphic: europeword)