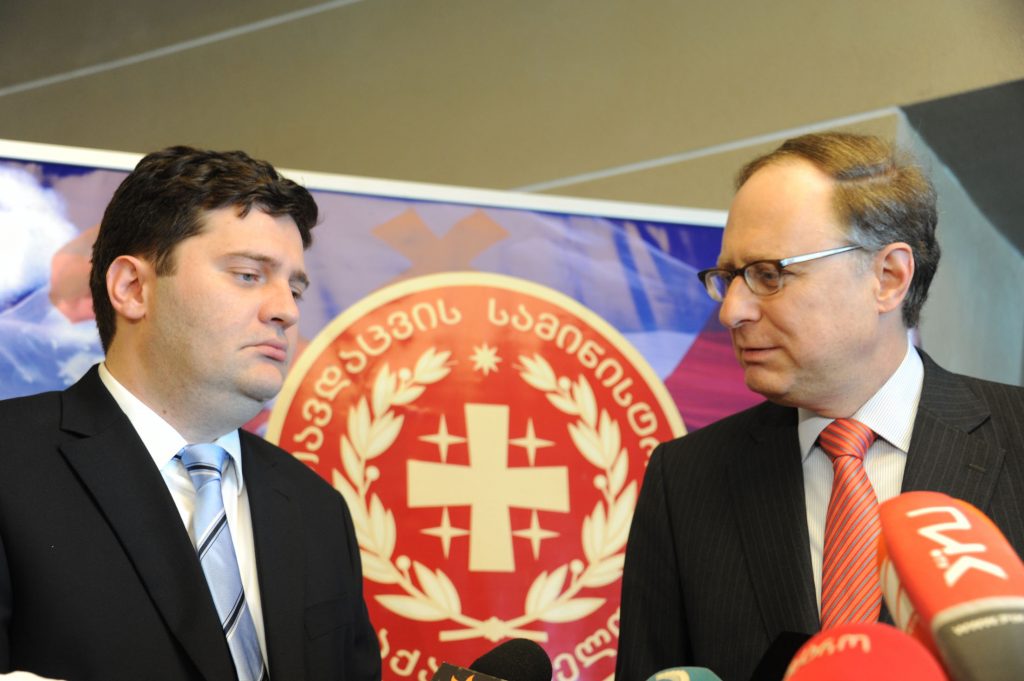 NATO Allies have been pleased to see a very positive dynamic in Georgia’s democratic development.  Building strong democratic institutions is a vital part of this development.  But here too more needs to be done.  In particular, it is essential that there be an open and transparent political process, and level playing field for all players, with equal access to the media, and clear rules of the road applied consistently to all.  This will be one of the keys to Georgia’s success in realising its membership aspirations.  And so we expect the parliamentary elections this year, and the Presidential elections next year, to be free, fair and inclusive.

NATO has stood by Georgia, and we will continue to do so.  This includes full support for Georgia’s sovereignty and territorial integrity within its internationally recognised borders.  We do not, and we will not, recognise the so-called independence of Georgia’s regions of Abkhazia and South Ossetia.  We urge all participants in the Geneva talks to play a constructive role, and to work closely with the OSCE, the UN and the EU to find a peaceful solution. Georgia’s pledge  not to use force was an important step in this regard, one that Russia should reciprocate.

At the same time, NATO will also look to improve its own relations with Russia, because NATO and Russia are both key players in the security of this continent and the entire Euro-Atlantic area.  And if we work together, we can drive forward the global approach that today’s global security challenges clearly require. This includes continuing to cooperate with Russia – along with the states of Central Asia and the South Caucasus – in promoting stability and security in Afghanistan for the long term. It includes working with Russia to address common challenges like piracy and proliferation of weapons of mass destruction. And it includes working with Russia on a cooperative approach to missile defence – one that would counter a real and growing threat while showing that we are now able to build security together. . . .

NATO Allies look back at our Chicago Summit with a great deal of satisfaction.  We have focused on securing Afghanistan’s future.  We have decided to invest smartly in our defence even in times of austerity.  We have engaged with our partners around the world to find common solutions to common problems.  And we have reaffirmed that NATO’s door remains open to those who aspire to become members.

That final pledge applies very clearly to Georgia.  As the Chicago Summit confirmed, this country is one of NATO’s strongest security partners.  It is well on its way to becoming a member of our Alliance. That said, Allies have not yet decided when that will happen, but NATO will continue to support your efforts to make that aspiration a reality.