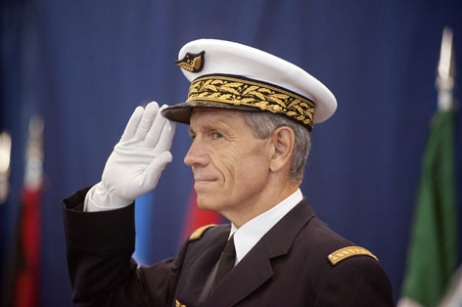 From NATO:  General Jean-Paul Paloméros said on Monday (14 January) that his top three priorities as Supreme Allied Commander Transformation were to foster Allied interoperability and capabilities and bolstering cooperation with partners.

The General, who took up his post three months ago, said his job was to make sure Allied armed forces are fit to meet the challenges NATO will face after its ISAF mission in Afghanistan is completed at the end of 2014. “NATO needs to continue preparing for future challenges, and that is my remit,” he said.

On his priorities, General Paloméros said that NATO has to maintain the “highest level” of interoperability and availability of forces, and doing so will require continued collective training among Allies. The General added that the use of the NATO Response Force was an excellent tool by which Allied nations can ensure the greatest interoperability. General Paloméros said his command is working on ‘e-learning’ proposals as a training tool for individual soldiers as well.

The General said NATO nations also had to set targets and objectives to make sure they have in place the right capabilities. He said participation in multinational defence projects, such as the Alliance Ground Surveillance programme, were key. “This is a priority for us because it allows us to ensure consistency in development of Alliance capabilities,” he said. “We need to be able to respond efficiently and quickly.”

Partners will also be increasingly important, General Paloméros said. He said NATO had to coordinate and cooperate more closely on security matters with other countries and organisations like Australia, South Korea and the European Union “to draw the maximum benefit of what each of us is doing.”

The General was at NATO headquarters this week preparing for a meeting of the Alliance’s Chiefs of Defence which starts on Wednesday (16 January). (photo: Rich-Joseph Facun/Reuters)