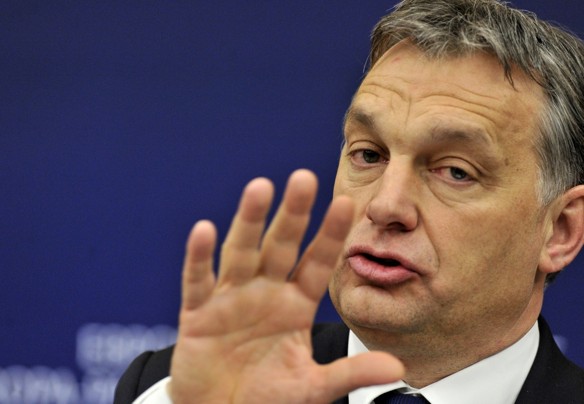 From Editorial Board of the Washington Post:  Hungarian Prime Minister Viktor Orbán triggered alarm bells around Europe in 2011 when he used a two-thirds majority in parliament to push through a series of measures that concentrated political power, weakened checks and balances and restricted the freedom of the media, religious groups and minorities. Under pressure from the European Union, which Hungary joined in 2004, and from the United States, which shepherded Hungary into NATO, Mr. Orbán backed down a little, modifying measures on the media and courts; at the same time, Hungary’s constitutional court struck down several other laws.

Now Mr. Orbán, a right-wing populist, has attracted more red flags. He recently appointed a close aide as head of the central bank, one of the few remaining independent institutions, triggering a run on the Hungarian currency. Then on Monday the parliament passed extensive new amendments to the constitution Mr. Orbán introduced only a year ago, ignoring explicit warnings from E.U. leaders. The State Department said the revisions “could threaten the principles of institutional independence and checks and balances that are the hallmark of democratic governance.” In Europe there have been calls for Hungary to be stripped of its E.U. voting rights or deprived of some of the $600 billion in funding it was awarded in the union’s new seven-year budget. . . .

Mr. Orbán may indeed choose not to listen, but the European Union and NATO should not tolerate a member government that violates fundamental democratic principles. Hungary should be asked to change constitutional provisions that are found by the Council of Europe to violate democratic norms; if it refuses, it should be subject to sanctions.  (photo: George Gobet/AFP/Getty)