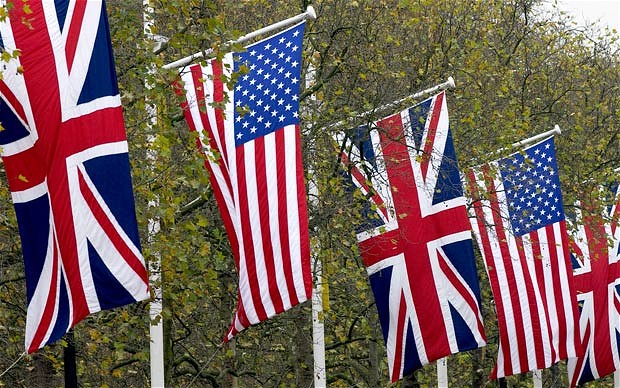 From Vago Muradian and Marcus Weisgerger, Defense News:  In what is believed to be the first time since the 1940s, the entire British defense staff will be here March 25 to discuss long-range strategy and the impact of budget cuts with their U.S. counterparts, according to U.S. and British sources.

The meeting is reminiscent of the Combined Chiefs of Staff, when British and American military leaders joined forces during World War II. Both nations are undergoing significant budgetary reductions and will continue to rely on each other in future years for support. Understanding what capabilities will survive and won’t is essential to long-term strategic planning. . . .

U.S. and British military leaders regularly discuss ongoing issues. What’s different about this series of meetings is they will focus not on immediate budget, program or operational issues, but the strategic future of the Anglo-American alliance, including deepening cooperation.

The U.S. and U.K. regularly share the most sensitive military intelligence, technology and equipment, including submarine-launched nuclear ballistic missiles. Britain over the past decade in particular has shaped its capabilities to dovetail with U.S. forces.

The British are the leading developmental partner on the U.S.-led F-35 fighter program with Lockheed Martin and have in their inventory Boeing C-17 transports, Chinook and Apache helicopters and Lockheed C-130 cargo aircraft. In addition, the Royal Air Force is buying highly sensitive RC-135 Rivet Joint intelligence planes produced by L-3 Communications in the U.S., making London the only international customer for that program. . . .

[T]he British budget is a fraction of that of the U.S. In fact, at $62.7 billion in 2011, the British budget is not much larger than the size of the annual cuts faced by the Americans. Under mandatory cuts for the remainder of 2013, the Pentagon is reducing its budget by $46 billion.

Yet the U.S. military could learn a thing or two from its British counterparts when it comes to consolidation, especially within the headquarters staff ranks, said Barry Pavel, the director of the Brent Scowcroft Center on International Security at the Atlantic Council here.

“I think [the U.S.] can learn a lot,” Pavel said. “There’s a lot of inefficiencies in our headquarters. They’ve taken jointness … to new levels that we haven’t yet done.”   (photo: Getty)