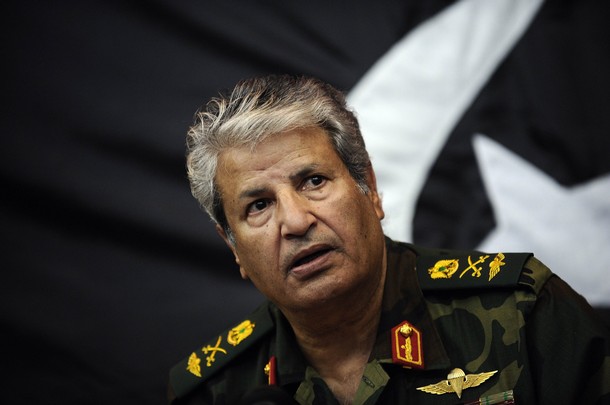 From the New York Times:  The Obama administration is engaged in a fierce debate over whether to supply weapons to the rebels in Libya, senior officials said on Tuesday , with some fearful that providing arms would deepen American involvement in a civil war and that some fighters may have links to Al Qaeda.

The debate has drawn in the White House, the State Department and the Pentagon, these officials said, and has prompted an urgent call for intelligence about a ragtag band of rebels who are waging a town-by-town battle against Col. Muammar el-Qaddafi, from a base in eastern Libya long suspected of supplying terrorist recruits.

“Al Qaeda in that part of the country is obviously an issue,” a senior official said. …

The French government, which has led the international charge against Colonel Qaddafi, has placed mounting pressure on the United States to provide greater assistance to the rebels. The question of how best to support the opposition dominated an international conference about Libya on Tuesday in London.

While Secretary of State Hillary Rodham Clinton said the administration had not yet decided whether to actually transfer arms, she reiterated that the United States had a right to do so, despite an arms embargo on Libya, because of the United Nations Security Council’s broad resolution authorizing military action to protect civilians.

In a reflection of the seriousness of the administration’s debate, [President Barack] Obama said Tuesday that he was keeping his options open on arming the rebels. “I’m not ruling it out, but I’m also not ruling it in,” Mr. Obama told NBC News. “We’re still making an assessment partly about what Qaddafi’s forces are going to be doing. Keep in mind, we’ve been at this now for nine days.”

But some administration officials argue that supplying arms would further entangle the United States in a drawn-out civil war because the rebels would need to be trained to use any weapons, even relatively simple rifles and shoulder-fired anti-armor weapons. This could mean sending trainers. One official said the United States might simply let others supply the weapons.

The question of whether to arm the rebels underscores the difficult choices the United States faces as it tries to move from being the leader of the military operation to a member of a NATO-led coalition, with no clear political endgame. It also carries echoes of previous American efforts to arm rebels, in Angola, Nicaragua, Afghanistan and elsewhere, many of which backfired. The United States has a deep, often unsuccessful, history of arming insurgencies. …

A European diplomat said France was adamant that the rebels be more heavily armed and was in discussions with the Obama administration about how France would bring this about. “We strongly believe that it should happen,” said the diplomat, who spoke on the condition of anonymity to discuss internal deliberations. …

One crucial voice, Defense Secretary Robert M. Gates has experience in the unintended consequences of arming rebels: As a C.I.A. official in the late 1980s, he funneled weapons to the Islamic fundamentalists who ousted the Soviets from Kabul. Some later became the Taliban fighting the United States in Afghanistan.  (photo: Getty)