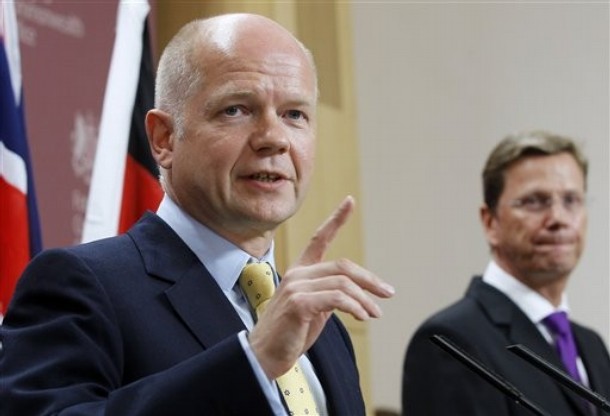 From Adam Tanner and Ivana Sekularac, Reuters:  Britain stepped up diplomatic pressure on Serbia on Tuesday to focus on its European Union future rather than continue to contest the independence of its former province Kosovo, which seceded two years ago.

British Foreign Minister William Hague held talks in the Serbian capital days after his German counterpart Guido Westerwelle delivered a tough message during his own visit that Serbia should acknowledge the reality of Kosovo’s independence.

"The place for Serbia and other Western Balkan nations is in the EU," Hague told a news conference. "On the Kosovo issue we have not succeeded in aligning our views but we successfully exchanged opinions. In examining this question, it is important for Serbia to work closely with EU high representatives."

The latest British and German diplomacy comes ten days before the United Nations is scheduled to debate a Serbian resolution on the status of Kosovo. …

"We are ready to discuss in the best will how to achieve wider support for the resolution, but the option that is not on the table for this government is the option to withdraw the resolution," Jeremic said in a joint news conference with Hague.  (photo: AP)