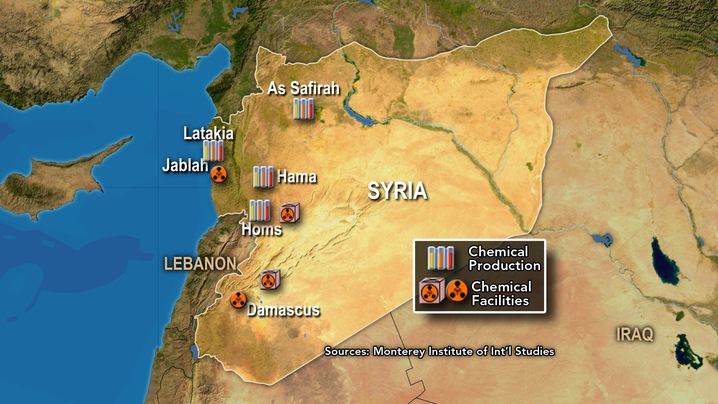 From Michael R. Gordon, Eric Schmitt, and Tim Arango, New York Times:  Western intelligence officials say they are picking up new signs of activity at sites in Syria that are used to store chemical weapons. The officials are uncertain whether Syrian forces might be preparing to use the weapons in a last-ditch effort to save the government, or simply sending a warning to the West about the implications of providing more help to the Syrian rebels.

“It’s in some ways similar to what they’ve done before,” a senior American official said, speaking on the condition of anonymity to discuss intelligence matters. “But they’re doing some things that suggest they intend to use the weapons. It’s not just moving stuff around. These are different kind of activities.”

The official said, however, that the Syrians had not carried out the most blatant steps toward using the chemical weapons, such as preparing them to be fired by artillery batteries or loaded in bombs to be dropped from warplanes. . . .

The activity at the Syrian chemical weapons sites, described by American, European and Israeli officials, poses an additional challenge for the West. The senior American official confirmed on Saturday that in the past two or three days, United States and allied intelligence have detected that the Syrian military was carrying out some kind of activities with some of its chemical stockpiles.

Since the crisis began in Syria, the United States and its allies have stepped up electronic eavesdropping and other surveillance activities of the sites.  (graphic: Monterey Institute for International Studies)