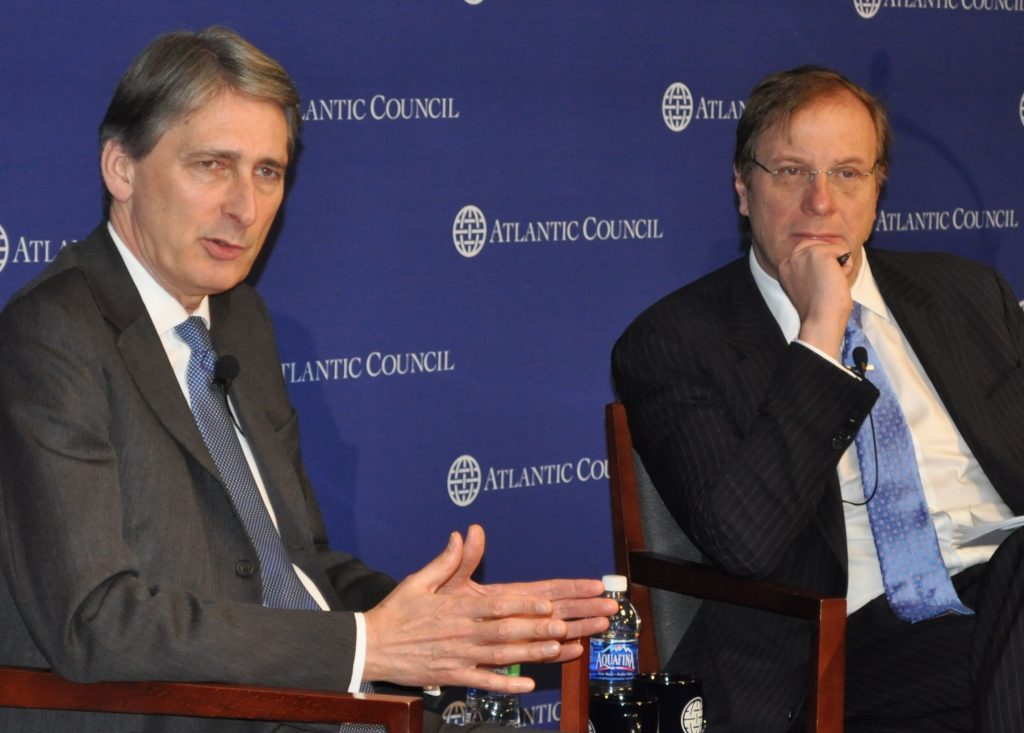 From Andrew Chuter and Kate Brannan, Defense News:  Just before the Pentagon unveiled a new military strategy that emphasizes a shift in focus toward the Asia-Pacific region, Britain’s Defense Secretary Phillip Hammond urged the U.S. government to maintain the strength of its commitment to the NATO alliance.

Speaking Jan. 5 in Washington on his first visit to the United States since taking over for Liam Fox in October, Hammond said that "however pressing the growing importance of the Asia-Pacific region is to the United States, the alliance between the U.S. and the countries of Europe is, and will remain, of vital interest to both continents."

Hammond said the growth in power and influence of other regions is a reason to strengthen the NATO alliance rather than weaken it.

The speech to an audience at the Atlantic Council, an organization formed to promote trans-Atlantic cooperation, was delivered right before U.S. President Barack Obama took the stage in the Pentagon briefing room to announce a new strategy that envisions a smaller military with resources increasingly devoted to the Pacific.

The eight-page strategy document says the United States remains committed to "bolstering the strength and vitality of NATO," but it also acknowledges that the strategic landscape in Europe has changed since NATO was first created and therefore the U.S. military posture must also evolve.

"Most European countries are now producers of security rather than consumers of it," the document says. "Combined with the drawdown in Iraq and Afghanistan, this has created a strategic opportunity to rebalance the U.S. military investment in Europe, moving from a focus on current conflicts toward a focus on future capabilities."

Hammond said he planned to meet with his U.S. counterpart, Leon Panetta, later that afternoon to discuss the new defense posture and the impact of the U.S. military spending cuts on trans-Atlantic relations.

The strategy did not say how many U.S. troops could leave Europe, but some reports indicate 4,000 more may withdraw.

"Of course reductions in U.S. troop numbers are not going to be welcomed by European allies, but I think we all understand the budget pressure the United States, like all of us, is under," Hammond said.

NATO members also recognize the world is changing and that the United States may have to shift its strategic focus, he said.

"I think Europe needs to respond in a mature way, not in a histrionic way," he said.  (photo: Getty)