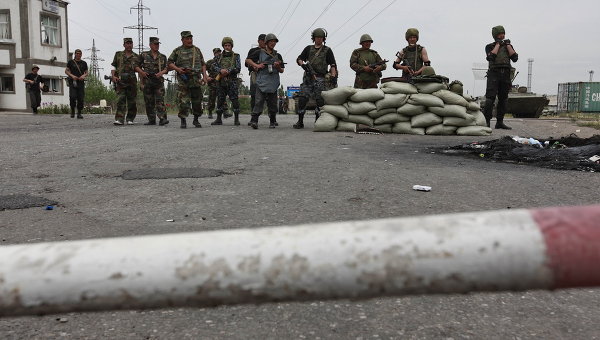 From RIA Novosti:  The Organization for Security and Cooperation in Europe will continue talks with the Kyrgyz authorities on the deployment of an OSCE police mission, the head of the organization’s Conflict Prevention Centre said.

Herbert Salber said he would discuss the issue with Kygyz government officials in Bishkek next week.

In mid-June, the country saw its worst interethnic clashes in two decades. Some 2,000 people were killed in the riots, according to unofficial reports. About 100,000 people fled to neighboring Uzbekistan and hundreds of houses were destroyed in the violence-hit Osh and Jalalabad regions in the country’s south.

Following the riots, the OSCE agreed [on July 22] to send an advisory group of 52 police officers to Kyrgyzstan to help the republic establish order. However, critics say the OSCE mission would be redundant because the situation in the country has been already stabilized. …