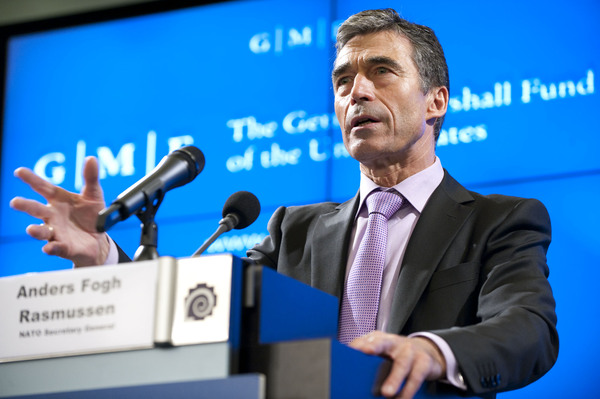 From Anders Fogh Rasmussen, NATO:  The fundamentals of this Alliance should not and will not change. Because they make as much sense as they have done for the past 61 years. And because they continue to be essential for the security of our citizens.

Most fundamental is the commitment to collective defence. An attack against one NATO Ally is considered an attack against all. That is a binding commitment. It is the most powerful possible signal of solidarity.

And it is clear deterrent to any potential aggressor, because everyone knows that taking on one NATO country means taking on all 28.

The second fundamental pillar: NATO’s military capability. NATO can generate and sustain military power at a level no adversary could match. It is a powerful deterrent. And it means that NATO can take on military operations no other organisations could tackle. That capability remains crucial to Alliance security, and we will preserve it.

The third enduring pillar: political consultations. There is no place but NATO where Europe and North America sit together every day to assess the security issues that affect us, and figure out how to tackle them together. The NATO Allies are a community of countries that share fundamental values. Europe and North America are each other’s number one trading partner. Together, they make over half of the world’s total production – the GDP. Preserving NATO’s role as the only transatlantic bridge between these countries is essential.