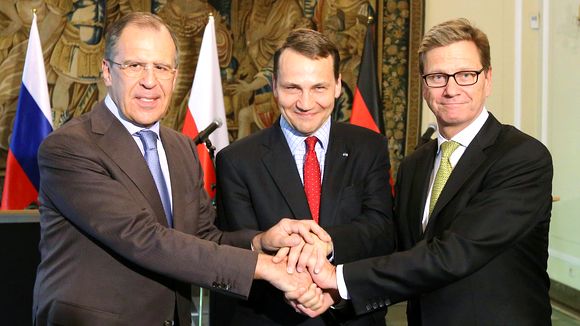 From Judy Dempsey, Strategic Europe:  The Russian exclave of Kaliningrad plays a special role between Moscow, Warsaw, and Berlin.

Sandwiched between the two EU countries of Lithuania and Poland, the 1 million citizens of Immanuel Kant’s birthplace have a highly enviable advantage over their compatriots living 350 kilometers (220 miles) away in Russia proper. . . .

At a meeting last week in Warsaw with the foreign ministers of Russia and Germany, Sergei Lavrov and Guido Westerwelle, [Radek] Sikorski discussed what to do with the enormous quantities of Cold War munitions that are still stored in Kaliningrad.

According to estimates, there are 100,000 tons of unexploded ordnance that have yet to be disposed of.

Poland hopes that an agreement on destroying these munitions may pave the way for further progress on Kaliningrad. The most important—and most difficult—issue is the stationing of missiles in the exclave. Russia had announced its intention to base both surface-to-air and ballistic missiles there in response to NATO’s planned missile-defense systems. Warsaw now hopes that better bilateral ties might make Moscow at least reconsider. But everyone knows that also depends on U.S.-Russian relations.

None of this progress would have been possible if Poland’s center-right government had not decided to change its stance on Russia.

Until recently, that relationship was rooted in animosity and distrust—hardly surprising after the decades that Poles spent under Soviet occupation.

Those feelings have not disappeared. But instead of letting them paralyze the relationship with Russia, Poland now has adopted a strategic approach toward the Kremlin.

That is not just because Poland is a strong, articulate, and confident member of the EU, aware that its EU membership will help it to defend its interests. It is because Prime Minister Donald Tusk’s center-right government realized that it could balance its values with its interests when dealing with Russia, as the case of Kaliningrad shows.  (photo: EPA/DPA)