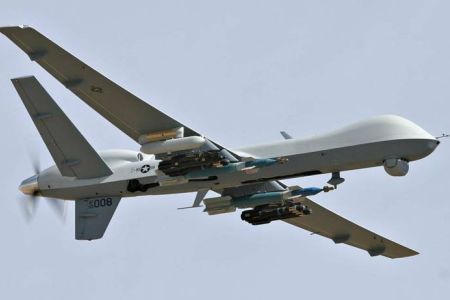 From Kurt Volker, Washington Post:  [A]s necessary as some drone strikes have been — and will be in the future — over-reliance on drones raises problems. In establishing a long-term approach, a good rule of thumb might be that we should authorize drone strikes only if we would be willing to send in a pilot or soldier to do the job if a drone were not available.

There are four principal issues with excessive reliance on drones.

The first is moral. More people have been killed in U.S. drone attacks than were ever incarcerated at Guantanamo Bay. Can we be certain there were no cases of mistaken identity or innocent deaths? Those detained at Guantanamo at least had a chance to establish their identities, to be reviewed by an oversight panel and, in most cases, to be released. Those who remain at Guantanamo have been vetted and will ultimately face some form of legal proceeding. Those killed in drone strikes, whoever they were, are gone. Period.

The second is consequences. U.S. reliance on drone strikes allows our opponents to cast our country as a distant, high-tech, amoral purveyor of death. It builds resentment, facilitates terrorist recruitment and alienates those we should seek to inspire. Drone strikes may decapitate terrorist organizations, but they do not solve our terrorist problem. In fact, drone use may prolong it. Even though there is no immediate retaliation, in the long run the contributions to radicalization through drone use may put more American lives at risk.

Third, our monopoly on drone warfare will not last. Others, from European allies to Russia, China and Iran, are acquiring and beginning to use drones for surveillance — eventually, they will use them for killing as well. What would we say if others used drones to take out their opponents — whether within their own territory or internationally? Imagine China killing Tibetan separatists that it deemed terrorists or Russia launching drone strikes on Chechens. What would we say? What rules would we urge them to abide by?

Then there is the question of national identity: What do we want to be as a nation? A country with a permanent kill list? A country where people go to the office, launch a few kill shots and get home in time for dinner? A country that instructs workers in high-tech operations centers to kill human beings on the far side of the planet because some government agency determined that those individuals are terrorists? There is a “Brave New World” grotesqueness to this posture that should concern all Americans.

Kurt Volker was U.S. ambassador to NATO from July 2008 to May 2009. He is executive director of the McCain Institute for International Leadership at Arizona State University and a senior adviser to the Atlantic Council of the United States.  (photo: PressTV/Iran)