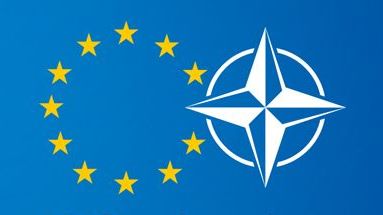 From Robert Haddick, Small Wars Journal:  Jean-Claude Juncker, chairman of the eurozone’s committee of finance ministers, says that plans are in place to handle Greece’s exit from the euro.

If this happens, the focus in Germany, France, and elsewhere in the north will likely shift from saving Greece to preventing contagion and saving their banks. If Greece enjoys a relatively successful return to the drachma, it will encourage Portugal, Italy, and Spain to consider the same escape route from their troubles. The result would be the end of the European Union in its current form. It would also inflict damage on Europe’s financial system that would take years to repair.

The consequences for NATO would be profound. Economic dislocation and financial austerity would mean more downward pressure on European defense spending. Manpower cuts could make a long-lasting NATO stabilization effort such as the one in Afghanistan, requiring the constant rotation of ground combat forces, out of the question. During the 1990s, when the Soviet threat to Europe collapsed and NATO completed missions in the Balkans, leaders looked to "out of area" missions to keep NATO thriving. But the cost to supply NATO’s military forces in Afghanistan has been substantial — gutted defense budgets in Europe could put an end to future out-of-area interventions.

Cutbacks in equipment inventories and modernization would make it more difficult and risky to sustain an air and naval operation such as the one recently completed in Libya. If, in the future, NATO had to replicate a Libya-type operation with fewer and older aircraft, its pilots could be at greater risk going up against a challenging enemy air defense system. And fewer aircraft would mean fewer missions per day, which would likely extend the campaign, perhaps beyond the bounds of political patience. Less money for modernization in Europe would further widen the technical gap between European and U.S. military capabilities, making defense cooperation across the Atlantic more difficult.

At a cultural level, a bust-up of the European Union would cripple the long-standing dream of greater European solidarity. Instead of greater European cooperation and cohesion, the recession and resulting possible crack-up of the European Union has instead revealed perceptions of selfish scheming, manipulation, broken promises, brinkmanship, and arrogant domineering. Those perceptions will not help the differing cultures in Europe sustain an effective military alliance.