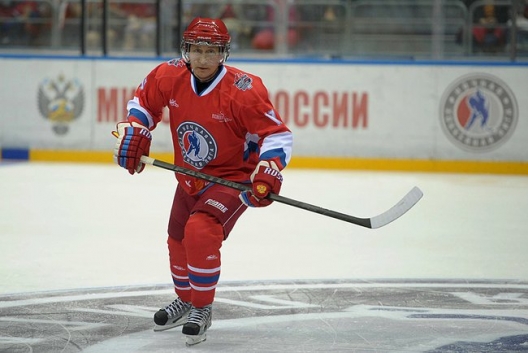 The West is threatening another round of sanctions against Russia in an effort to deter meddling in the May 25 presidential elections in Ukraine. The Obama administration and its allies are placing high hopes in the ability of sanctions to sway Russian actions and generally contest Russia’s annexation of Crimea and meddling in the Ukraine. Yet, if lessons gleaned from other sanctions episodes are any indication, the sanctions in place today have little hope of reversing Russian aggressive or curbing Putin’s drive to re-establish Russian dominance of the country’s “near abroad.” Sanctions, if they are to stand any chance of meeting the challenges Putin has thrown to the international community, must be clarified, deepened, and integrated into a broader strategy that looks beyond Ukraine. . . .

Sadly, the recent measures put in place constitute a sanctions regime that embodies many of the qualities we see in unsuccessful sanctions attempts. First, there is no real consensus about what the sanctions should achieve. Republican policymakers seek measures that will reverse Russia’s annexation of the Crimea, while President Obama vaguely speaks of sanctions changing Putin’s “calculations.” Europe seems even more divided and ambivalent about what should be the goal of sanctions. Second, although there have been some efforts to underscore NATO’s support for vulnerable member states, the sanctions are largely the entirety of the current strategy to push back on Russia’s aggressive behavior, past and future. Perhaps most importantly, relatively minor sanctions—travel restrictions and asset freezes on a few dozen individuals and restrictions on the sale of certain items—are expected to deliver very ambitious results and potentially reverse actions that have driven Putin’s popularity rating above 70 percent. Those holding out hope that these sanctions will wrest Crimea back from Russia should remember that sanctions only have delivered territorial retreats when accompanied by military force (Iraq’s invasion of Kuwait in 1990) or when imposed on vital sectors by close, economically interdependent allies (U.S. withholding of energy exports to the U.K. and France after their occupation of the Suez in 1956). Even the less ambitious objective of deterring Russia from further meddling in Ukraine may be too ambitious a goal for such targeted sanctions. Finally, the timeline for even the most optimistic scenario—in which the members of Putin’s inner circle, feeling the heat of constraints on their assets and limitations on their travel, pressure the Russian president to shift gears—is out of synch with urgency of the situation, in which some fear imminent further Russian territorial encroachment on Ukraine or elsewhere in Europe.

Given the low prospects for dissuading Putin from his exploits in Crimea or eastern Ukraine with the current sanctions in place, at least in the time period deemed critical, what else should be done? President Obama and other leaders have spoken of “sectoral sanctions”—presumably in the financial and energy realms. Do these measures hold more promise of scaling back Putin’s ambitions to restore Russia’s status as a global hegemon?

There is no question that the United States—alone or, better yet, in concert with Europe—has the ability to exact greater economic damage on the Russian economy. Broader financial sanctions, which could bar Russia or significant Russian entities from U.S. financial markets, are perhaps one unilateral measure that could enact appreciable pain. Given the dominance of the U.S. dollar and Russia’s reliance on it for international trade and banking, American financial sanctions, even if limited to key Russian institutions, could frustrate Russia’s efforts to conduct business as usual.

Meghan L. O’Sullivan is the Jeane Kirkpatrick Professor of International Affairs and the Director of the Geopolitics of Energy Project at the Belfer Center at Harvard University’s Kennedy School. She is the author of Shrewd Sanctions: Statecraft and State Sponsor of Terrorism.