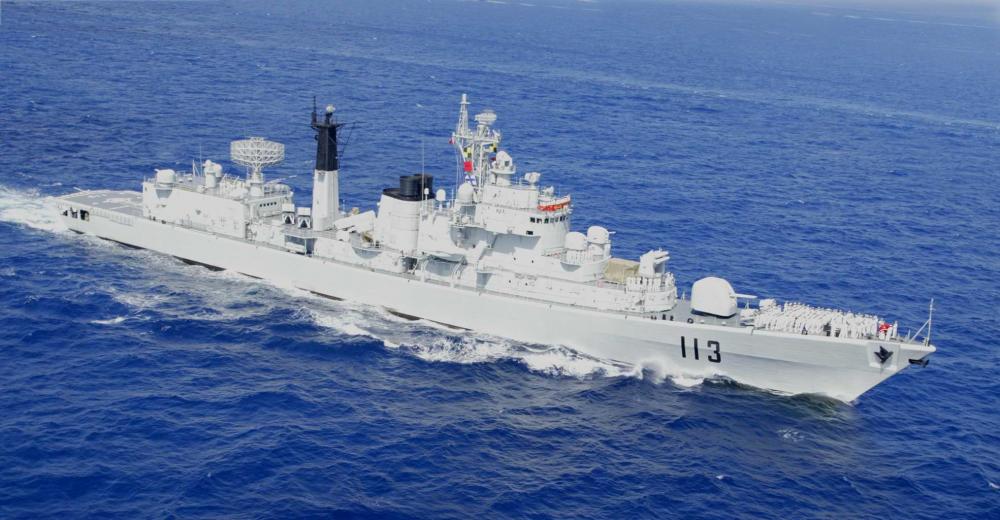 From J. Michael Cole, the Diplomat:  For the first time since China’s re-emergence as a power to be reckoned with, Western powers are being confronted with scenarios involving the risk of clashes with Chinese military forces outside the Asian giant’s backyard. . . .

[T]he PLAN [People’s Liberation Army Navy], has developed alongside Beijing’s ambitions as a global power, allowing it not only to show the flag, such as in multilateral anti-piracy missions off the Gulf of Aden, but also to back up its evolving strategic imperatives.

This became especially clear during the weekend when reportedly a PLAN escort fleet, which included the Type 052 “Qingdao” (hull 113) destroyer, Type 054A “Yantai” (hull 538) missile frigate, and the “Weishanhu” (hull 887) auxiliary oil replenishment ship, crossed the Suez Canal, with Cairo’s permission, on their way to the Mediterranean Sea (only Egyptian media reported on the destroyer). Although Egyptian media initially said on Sunday that the vessels could hold military exercises in the Mediterranean, Egyptian as well as other Middle Eastern media outlets reported on Monday that the ships had continued on through the Dardanelles on their way to Ukraine.

Such ‘showing of the flag’ at this time is a precedent with serious implications for international security, as Beijing, an ally of Syria, has joined Russia in vetoing three United Nations Security Council (UNSC) resolutions that aimed to increase pressure on the Bashar al-Assad regime to end his bloody crackdown on civilians there. . . .

[O]ne thing is certain: the transit of PLAN and Russian vessels in the area is not coincidental — it is clearly meant as a deterrent against intervention by Western powers in the Syrian crisis.  (photo: Global Times)