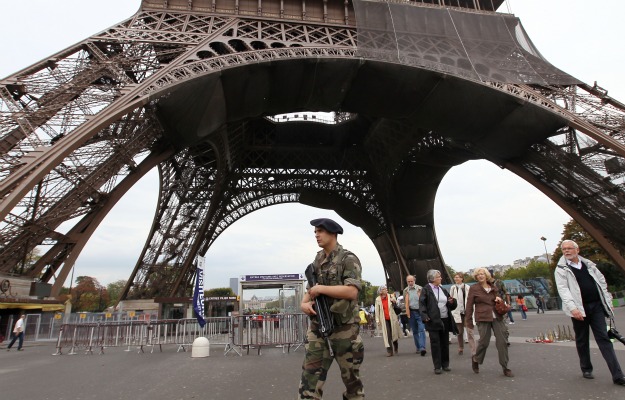 From Andrew Lebovich, Foreign Policy:  Yesterday, in an audio recording released to Qatar-based news station Al Jazeera, al Qaeda Central leader Osama bin Laden for the first time singled out France as a target of attack , saying, "The equation is very clear and simple: as you kill, you will be killed; as you take others hostages, you will be taken hostages; as you waste our security we will waste your security. …"

In a broad sense, though, this kind of statement fits neatly into one of al Qaeda Central’s historical goals: fusing anger at Western governments for occupation in Muslim countries with perceived slights against Muslims everywhere. In doing so, the organization justifies its attacks against Western countries’ or their allies, on the grounds that they have attacked the "Muslim nation" (umma in the original Arabic) as bin Laden referred to it. Bin Laden made the connection between restrictions on Muslim freedoms and anti-occupation violence explicit, saying, "If you unjustly thought that it is your right to prevent free Muslim women from wearing the face veil, is it not our right to expel your invading men and cut their necks? …"

There are also several other ways to read bin Laden’s remarks. While experts are divided over the seriousness of the reports of terrorist threats to Europe, there is little doubt that increasing numbers of European Muslims, both those of immigrant origin and converts, have been traveling to the Afghanistan-Pakistan border region to receive training in militant camps and possibly fight international forces.

Bin Laden could be trying to convince small groups of radicalized, trained Muslims to go back to their own countries, and wage attacks. Indeed, al Qaeda has done this before, notably with Afghan-born American citizen Najibullah Zazi, who originally traveled abroad to fight American forces in Afghanistan, only to be convinced by al Qaeda leaders to return home to plan bombings against the New York subway system.

Andrew Lebovich is a program associate with the New America Foundation’s American Strategy Program and its National Security Studies Program. He writes a twice-weekly brief with Foreign Policy, The Legal War on Terror, and is a co-editor of the AfPak Channel.  (photo: Thomas Coex/AFP/Getty)