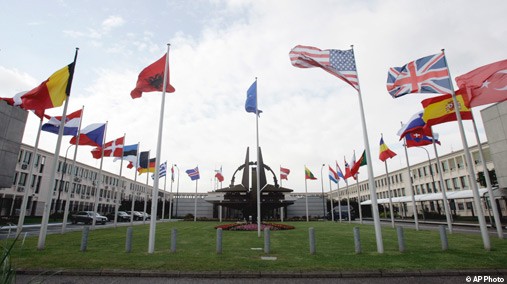 From Barry Pavel and Jeffrey Reynolds, the New Atlanticist:  Amid angst over the euro and a resurgent Russia, the west coast of North America may be the most overlooked piece of NATO’s real estate. Yet by virtue of its geography, the Pacific coast furnishes the alliance with a vital springboard into—and enduring interest in—Asian security. . . .

Alliance engagement with Japan begins with America. Japan’s relationship with the United States is paramount: the Japanese will not enter a security relationship that even remotely jeopardizes the Japan-U.S. defense alliance. The best way to achieve NATO-Japan cooperation is through bilateral meetings, with the United States ambassador to NATO leading the effort informally. A NATO-Japan partnership would be much more effective when coordinated with the U.S. Departments of Defense and State along with the Japanese Government.

NATO would find willingness to cooperate on both sides. Japan wants to engage with the alliance. Despite domestic constraints, Tokyo recognizes that its position relative to the region, and the world, is changing. It sees NATO as a natural complement to its relationship with the United States: NATO is democratic, consultative, supportive of the U.N. and perceived as a “force for good” in the world. According to one Japanese security expert, Japan’s aims toward the alliance are fourfold: to gain “a political partner, operational partner, another means of co-operation with the U.S., and . . . a multilateral school.” Furthermore, Washington has shown a keen interest in assisting the alliance if it were to seek greater cooperation with Tokyo.

The culmination of an invigorated NATO-Japan relationship should be the establishment of a liaison office in Tokyo. A small staff in such a global capital would allow the alliance to cultivate the long-term relationships it needs if it is to be viewed as a major actor in the pan-Pacific region.

Alliance engagement in Asia will create controversy. No matter how NATO chooses to pursue an Asia-Pacific strategy, doing so will be a source of concern for other actors in the area and for some in Europe. Pushback from other nations in the region will be a natural response, but the alliance should be prepared for that outcome and nevertheless stride ahead, always mindful that building a meaningful partnership takes time, effort, and investment. . . .

America’s pivot is a significant opportunity for NATO. The trans-Atlantic community has partners around the world, but Japan is the alliance’s strongest friend in Asia. In short, to navigate the challenges of a changing security environment effectively, NATO must be regional in character, global in stature and Pacific in direction.

Barry Pavel is director of the International Security Program and director-designate of the Brent Scowcroft Center on International Security at the Atlantic Council. Jeffrey Reynolds is part of the Strategic Engagement team at NATO HQ Supreme Allied Command Transformation and member of the Atlantic Council Young Atlanticist Working Group. This blog was originally posted in the National Interest. Photo Credit: AP.