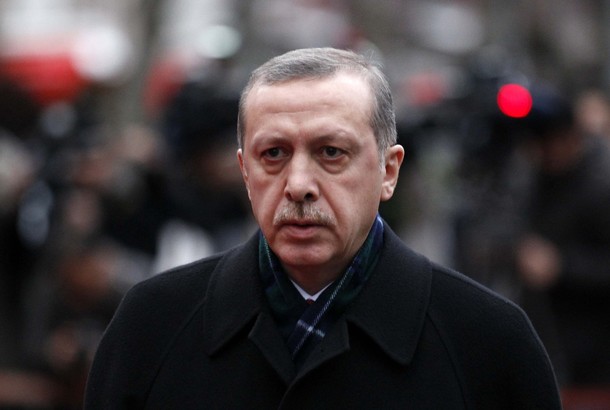 From Soner Cagaptay, the New Republic:  Turkey’s boldest response to the crisis in Syria came last week, when Prime Minister Erdogan called for the establishment of humanitarian aid corridors to help civilians there. But those hoping that Ankara’s aggressive rhetoric will soon be matched by equally assertive action will be sorely disappointed. If Turkey has one priority these days, it’s maintaining its soft power and popularity within the Middle East—and any sort of military intervention involving Turkish boots on the ground in Syria would directly undermine that. . . .

Turkey’s newfound popularity across the Middle East is its greatest foreign policy asset; for Foreign Minister Ahmet Davutoglu, it is key to restoring the country’s regional power status. But imagine what a Turkish occupation of Syria would do to Turkey’s popularity in the Arab world. . . .

Turkey spoke out publicly against Qaddafi and provided unpublicized background support, while refusing to take a visible role in the NATO operation. In fact, this dual policy only added to Turkish popularity: According to the TESEV poll, “Turkey is seen as the country that has played the most positive role” in the Arab Spring, with 77 percent of the region’s people saying they like what Ankara has done so far. In Libya, that number is 93 percent. . . .

Any military intervention on Turkey’s part would risk decreasing its already tenuous hold on Syrians’ affections. And so from Turkey’s perspective, the ideal Syria policy would mirror its Libya strategy: Ankara speaks out publicly against Assad, gathering international support for political action against him, but tries to stay in the background when it comes to military action. You might call it “leading from behind.”

Soner Cagaptay is a senior fellow at the Washington Institute for Near East Policy.  (photo: Reuters)  (via Real Clear World)