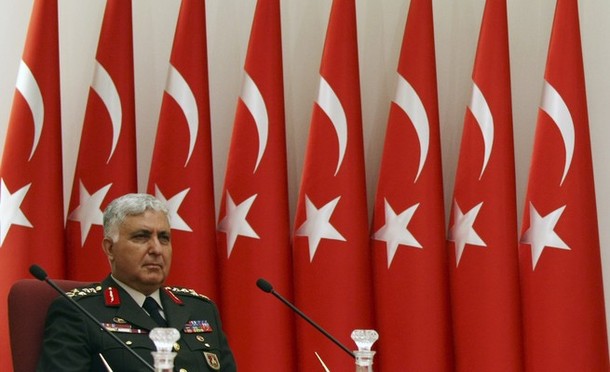 From Avnish Patel, Royal United Services Institute:  As Turkey’s relations with Israel continue to deteriorate, its foreign policy has come under scrutiny in the West. The diplomatic spat between the two countries led to a trenchant bipartisan letter being sent to the White House criticising Turkish policy and questioning its commitment to NATO. In other quarters, Prime Minister Recep Tayyip Erdoðan is being accused of expressing a renascent ‘neo-Ottomanism’ as he re-aligns Turkey as a beacon for the Arab and Islamic world in the wake of the Arab Spring. The escalating hostile rhetoric towards Israel is indicative of a leader keen to shore up Islamist support domestically and to a wider regional audience. This is coupled with on-going issues over Greek Cyprus and the decision to drill for oil and gas in the Eastern Mediterranean which has also caused consternation.

Yet Turkey is still an indispensible member of NATO and is still pragmatically robust against traditional Western enemies in the form of Iran and Syria.  If anything, Turkey’s current posture must be seen in light of the increasing redundancy of the ‘zero-problems’ doctrine as espoused by Foreign Minister Ahmet Davutoðlu. Though it is unravelling, the policy itself and its subsequent evolution should be viewed as part of an overall objective of Turkey seeking to redefine itself amidst the state of flux in the Middle East. . . .

Integral to the NATO Alliance

Turkey’s soon-to-be active role in a NATO Missile Defence architecture is consistent with its approach to the Alliance’s nuclear-sharing and deterrence policies, based on an appropriate mix of nuclear and conventional capabilities. Turkey also hosts US tactical weapons, based at Incirlik Air Base, with the Turkish political and security elite viewing this as a symbol of Turkey’s privileged status within NATO.

Seen then as a political as well as security weapon, it is seen to strengthen US commitments to transatlantic security in an uncertain strategic environment, whilst also adhering to the fair risk and burden sharing principles that underpin NATO’s nuclear strategy. Turkey has also shown a resolute commitment to ISAF operations in Afghanistan, with 1,840 troops currently deployed in non-combatant duties such as the training of the Afghan National Army and Afghan National Police. Turkey showed initial hesitancy to NATO intervention in Libya but has since played multiple roles, with Izmir airbase becoming a command and communications centre for air operations; sending four frigates and a submarine to enforce the arms embargo against Libya; and coordinating the international humanitarian aid effort via control of Benghazi Airport.

All of these steps have helped to alleviate tensions between Turkey and US, made distinctly uneasy by the decision of the newly elected Turkish Parliament in 2003 to vote against authorising US troops to cross Turkish territory to enter into Iraq. Indeed President Obama labelled Turkey a resolute ally and a responsible partner in transatlantic and European institutions, backing its bid to become a member of the European Union. He suggests that it is uniquely placed due to an ‘ability to be at the center of things. This is not where East and West divide – this is where they come together’. It has also been suggested that the US place its drone surveillance craft within Turkey once US troops have been deployed out of Iraq.

There is much evidence, then, to point to the idea that Turkish foreign policy is very much aligned to the interests of the Atlantic Alliance. If anything, it’s assertiveness in the Middle East should not only assist the Alliance but help bolster stability in the region. Yet, Turkey is adopting a risky and novel foreign policy posture and it could be at risk of overplaying its hand. Turkey should seek to maintain a posture of balance and moderation considering its unique position within NATO and also as a regional power reconciling religious principles with democratic norms, and ultimately drawing the sting from claims that its foreign policy has an Islamist agenda.