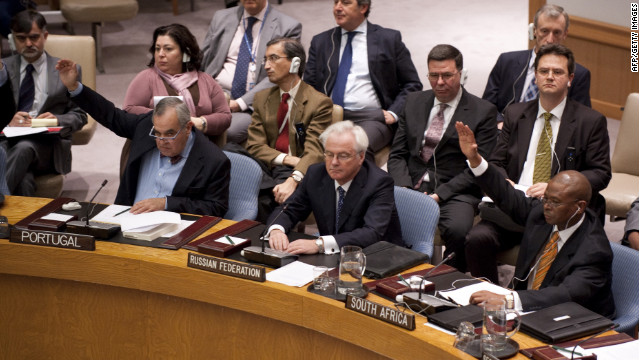 From Shadi Hammid, CNN:  As I’ve argued before, military intervention [in Syria] remains premature. But, in light of recent events, the time has come to carefully consider the various military options available , determine their feasibility, and begin to judge whether they would cause more good than harm. Of course, no one should take such intervention lightly. But just as proponents of intervention must make their case for how the military option could "work," opponents of intervention face a similar burden of explaining how staying the current course will work.

If the opposition itself has chosen the military option — and this seems increasingly the case — then the question is this: Can a ragtag army of perhaps 10,000 Syrian rebels defeat an army that while, far from invincible, enjoys an overwhelming advantage in numbers, equipment and firepower? The opposition may have millions on their side, with Syrians continuing to protest en masse throughout the country. But it’s difficult to see anything less than a disastrous stalemate without the international community helping to tip the balance.

No one, to my knowledge, is advocating for an Iraq-style invasion with tens of thousands of American boots on the ground. The options being considered are far more limited — funding and arming the Free Syria Army, establishing "safe zones" in the north and a targeted air mission to weaken the Syrian military’s capabilities. To be sure, all of these are serious forms of military intervention, but bringing up the specter of Iraq can be misleading, just as it was in Libya. . . .

Here, it is Syrians themselves who are pleading for the international community to come to their aid. In December, the Syrian National Council "formally endorsed" foreign intervention. If they formally request military assistance — presumably the next step — we have a moral responsibility to take it seriously.

Unless the Assad regime suddenly implodes — a possibility, but an unlikely one — this is the direction in which we are heading.

The "anti-imperialists" will, as they often do, cry foul. This time, though, they will find themselves on the wrong side. None of the Western powers has come out in even tepid support of military intervention. Consumed by their own internal problems, this is not at all something they want. But it may be something the Syrian people need.