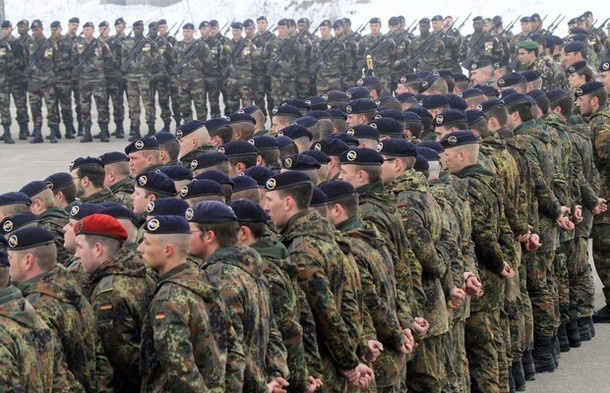 From Max Boot, the Wall Street Journal:  The Pentagon, from Defense Secretary Robert Gates on down, has reacted as if this would be a military operation on the order of D-Day. In reality, it would not be hard to ground Gadhafi’s decrepit air force.

The job could probably be performed with just one American ship—the aircraft carrier USS Enterprise, now in the Red Sea, which has 34 F/A-18F Super Hornets and 10 F/A-18C Hornets along with a full complement of electronic-warfare aircraft. The Enterprise strike group could also unleash a devastating array of Tomahawk cruise missiles.

And the Enterprise would not have to fight alone. It could easily be joined by numerous American, British and French aircraft flying out of Aviano and other NATO bases in Italy. A forward operations base could be established at the Gamal Abdul el-Nasser airfield, one of Libya’s major air force bases (built by the British), which is located south of Tobruk and has already been captured by the rebels.

As the enforcement of no-fly zones over Bosnia and Iraq should have proved, the risks of such an operation are minimal—especially if we first neutralize Gadhafi’s air defenses.

By itself, a no-fly zone might not be enough to topple Gadhafi. At the very least, however, it would dishearten Gadhafi’s supporters and buy time for the rebels. We could further tilt the balance in their favor by bombing Gadhafi’s installations and troops.

It may also be necessary to send arms and Special Forces trainers to support the rebels. Without committing any combat troops of our own, we could deliver the same kind of potent combined-arms punch that drove the Serbs out of Kosovo when NATO aircraft supported ground operations by the Kosovo Liberation Army.

The Libyan opposition movement, led by Gadhafi’s former justice minister, Mustafa Abdul Jalil, has been desperately asking for international aid in the form of a no-fly zone. If we finally delivered, you can bet that he and other Libyans would be grateful.

Mr. Boot is a senior fellow in national security studies at the Council on Foreign Relations.  (photo: Reuters)