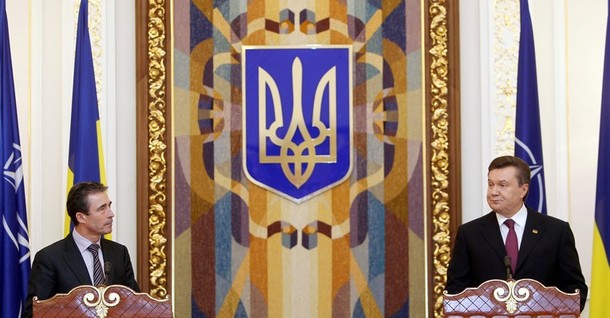 From Interfax-Ukraine:  Ukrainian President Viktor Yanukovych is to meet with NATO Secretary General Anders Fogh Rasmussen at NATO’s Chicago summit in May 2012 , reads the Ukrainian president’s letter of congratulations to Rasmussen on his birthday, which has been published by the president’s press service.

"I strongly believe that the constructive partnership between Ukraine and the North Atlantic Treaty Organization will develop in future based on trust and mutual understanding. I hope that I will have the opportunity to meet with you in May this year during NATO’s summit in Chicago to discuss important cooperation issues," reads the letter. . . .

As reported, earlier the head of the presidential administration, Serhiy Liovochkin, reported that Yanukovych had been invited to attend NATO’s summit in Chicago in May 2012.  (photo: Getty)