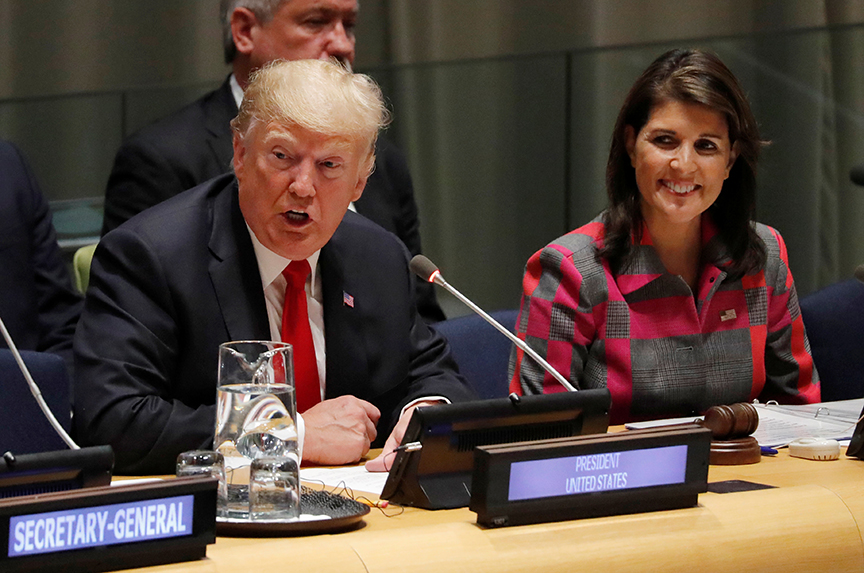 The 73rd session of the United Nations General Assembly opened in New York on September 18. General debate opens on September 25. US President Donald J. Trump will be among a galaxy of world leaders who will address the meeting.

Here are nine facts to help you brush up on your UN trivia.

First, some history. The United Nations Charter was signed on June 26, 1945. The Charter went into force four months later in October, 1945.

The UN Charter states that the main purpose of the world body is to—“maintain international peace and security,” “develop friendly relations among nations,” “achieve international co-operation in solving international problems,” and “be a center for harmonizing the actions of nations in the attainment of these common ends.”

Who’s the boss? The United Nations General Assembly in 2016 appointed by acclamation António Guterres, a former prime minister of Portugal, as the next United Nations Secretary-General. He succeeded Ban Ki-moon.

The secretary-general serves a five-year term, which is renewable. Guterres is the ninth occupant of the post.

But someone is not at the party. The Vatican City is the one undisputed independent state that has never applied for full membership. Instead, it is an observer of the United Nations.

And the P5? The United Nations Security Council has fifteen members of which five are permanent. So, of course, they get the cool moniker “the P5.” These five permanent members are the United States, the United Kingdom, Russia, France, and China. All five have special veto powers.

The General Assembly elects the ten non-permanent members for two-year terms. The current ten and the year their terms end are:

What goes around comes around. The presidency of the United Nations Security Council changes monthly going alphabetically among member states. In September that responsibility falls to the United States.

Keeping the peace. The United Nations has more than 110,000 peacekeepers in fourteen operations around the world. At present, 123 member states contribute military and police personnel.

And the award goes to… In 2001, the Nobel Peace Prize was jointly awarded to the United Nations and its Secretary-General Kofi Annan “for their work for a better organized and more peaceful world.”

Image: US President Donald J. Trump speaks as UN Ambassador Nikki Haley looks on at the United Nations Global Call to Action on the World Drug Problem during the 73rd UN General Assembly in New York on September 24. (Reuters/Carlos Barria)