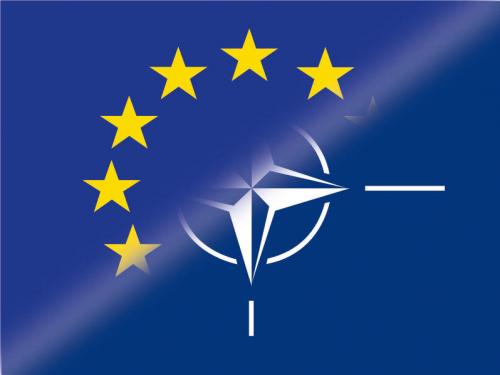 Now that operations have started, all eyes are fixed on the military intervention in Libya. That can only be useful though in the context of a comprehensive political strategy for the country and the region. Crafting such a strategy is the role of the EU.

Intervening in Libya is not evident. The operation is far from being without risk and the outcome is as yet uncertain. But unfortunately there remained no other option. The European Union (EU) cannot afford a civil war on its borders.

EU vital interests are directly at stake in the region which it calls its “Neighbourhood”: our neighbours on the European continent and the whole of the Mediterranean basin, from Turkey to Morocco. Trade routes, energy supply, and manageable migration, to name the most evident. Furthermore, the EU, as a distinctive actor waging a value-based foreign policy, has a moral responsibility to protect civilians against violence.

Is the EU also a strategic actor, as its 2003 European Security Strategy posits? I.e. an actor that decides on strategic priorities, obtains the means to pursue those, and, most importantly, musters the will to achieve them. If the EU has any pretence in that sense, it must at least in its immediate Neighbourhood itself assure its vital interests and assume its moral responsibility. That is why Europe had to intervene in Libya, while indeed in certain other regions it would probably do so less quickly. It is logical therefore that the United States for once does not take the lead (though its military and political support is welcome and necessary). This concerns Brussels much more than Washington.

Unfortunately, the Member States of the EU are divided, at least with regard to the military operations. Therefore, operations alas cannot be conducted through the EU’s Common Security and Defence Policy (CSDP), while the use of NATO command structures has given rise to debate too. Nevertheless, the EU inevitably will have to resume a leading role. For regardless of whether our troops are deployed under the EU or the NATO flag, or by an ad hoc coalition: our comprehensive long-term policy towards Libya and the region we will have to make through the EU.

The EU actually does not lack strategies for the Mediterranean, but it has failed to implement the European Neighbourhood Policy (ENP) as intended. In the Mediterranean, Europe has in fact denied its avowed strategy in favour of short-term but alas also short-sighted Realpolitik.

The European Security Strategy is founded on the conviction that true stability is only possible if a State guarantees its citizens security, prosperity and political freedom. In the Mediterranean however the EU has allowed itself to be led astray and believe in a false stability. Europe, and the US, have supported every regime that did not disrupt their policy on Israel-Palestine and was ready to cooperate against terrorism and illegal migration. In return, a blind eye was turned to the domestic policies, no matter how repressive. In practice, the conditionality provided for in the ENP (partnership and support in return for promotion of human rights and democracy) was rarely applied.

All observers knew that this created only the semblance of stability and that the massive gap between the haves and the have-nots in terms of security, prosperity, and freedom, would one day lead to eruptions. Just it was impossible to predict when, and in which country first. That would always have been an internally driven process, but had the EU implemented the ENP, it could have quickened the pace of peaceful transition. Now the eruption is upon us, but in spite of rather than thanks to the ENP. Europe thus lacks credibility.

The EU now has a chance to make up though and implement its strategy for the region as it was meant to. That leads to three strategic conclusions.

(1) Those southern neighbours that already were or that now emerge as democracies deserve our real support, notably in terms of investment. Large-scale public infrastructure works can generate durable economic development, are guaranteed to benefit the local population, and are in the interest of Europe. The UN and the international financial institutions must be Europe’s partners in this. A real offer in these terms can be much more effective in assisting the transition to democracy than offers of aiding with the organization of elections, which after half a century of supporting the local dictator can hardly be expected to raise much enthusiasm.

(2) On those countries that remain autocratic, conditionality must be effectively applied. That will result in bad relations with some countries. The EU has been willing to pay that prize in the case of e.g. Belarus. It is not clear which benefits not paying it in the case of e.g. Tunisia has brought it. Bad relations does not mean no relations. But where human rights are not respected, the EU must keep its distance and must be seen to be critical of the regime. In the absence of visible diplomatic action and, if necessary, suspension of support and cooperation in the past, the ENP has lost all credibility.

(3) In the context of a revitalized ENP, there are red lines that, if crossed, demand strong reaction, with military means if necessary, and always in partnership by both sides of the Mediterranean. This “hard” security dimension is necessary. Investment and support have little chance of success if a civil war is raging. Vice versa, military intervention makes no sense unless it is part of a comprehensive political strategy aiming at a clear end-state.

The EU must make sure not to lose this unique opportunity to start afresh and build the southern Neighbourhood Policy into a real partnership. Time to revitalize our strategy – now.

Prof. Dr. Sven Biscop, a member of the Atlantic Council’s Strategic Advisors Group, is Director of the Europe in the World Programme at Egmont – Royal Institute for International Relations in Brussels, and Visiting Professor at Ghent University and at the College of Europe in Bruges.