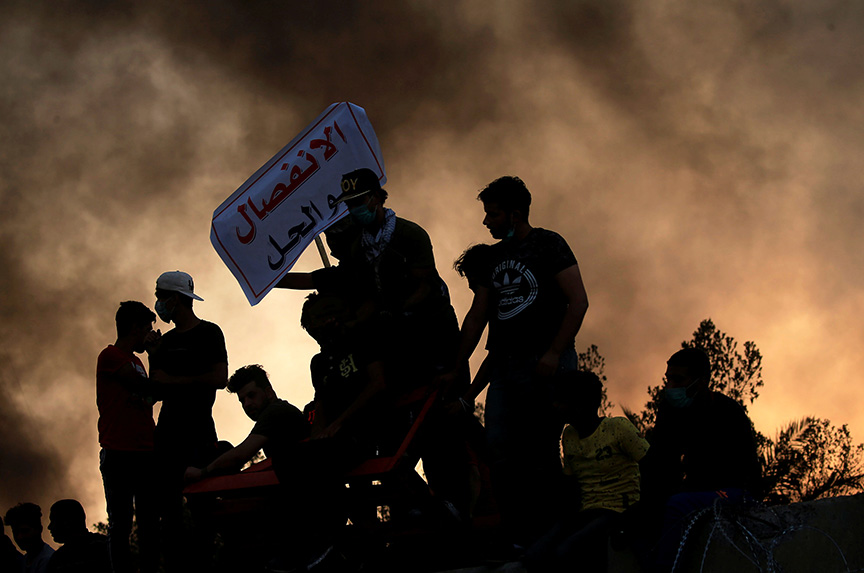 After five months of political uncertainty, Iraq finally has a new prime minister.

On October 3, Iraq’s newly named president, Barham Salih, picked Adel Abdul Mahdi, an independent Shia politician, to be the next prime minister and form a government. The appointment of Mahdi may have provided an opportunity to calm the protests that have roiled the southern Iraqi city of Basra since July.

Unrest in Basra escalated to levels high enough for the United States to shut its consulate in the city on September 28.

The unrest reflects a changing Iraq—one in which many citizens will no longer tolerate an unaccountable government. The protesters are demanding reliable services in a city where power outages are a daily occurrence and contaminated water has poisoned at least tens of thousands of residents in recent months.

The protesters accuse Iraqi officials of being corrupt and responsible for the continued inadequacy of services, referring, for instance, to a new $70 million suspension bridge in Basra as the “the bridge of thieves.”

International watchdogs, such as Transparency International, rank Iraq among the most corrupt nations in the world, and analysts and official Iraqi government reports alike draw connections between the corruption and Iraq’s service provision failures.

The duration and evolution of the Basra protests suggest the city’s citizens will not be satisfied by half-measures nor will they waiver in the face of repression. Iraqi security forces have opened fire on protesters on multiple occasions, police have arrested protesters despite orders to protect them, and fears of an assassination campaign targeting activists circulate in Basra. Despite these perilous conditions, protesters repeatedly return to the streets—and in recent weeks professionals and older residents have joined the mostly young Iraqi protesters.

Despite the city’s Shia majority and strong support for the Iran-backed Hadi al-Ameri coalition in the May parliamentary elections, the protesters also seek an Iraq free of foreign influence. The burning of the Iranian consulate in Basra on September 7 amid anti-Iran chants reflects a rejection of Iranian influence in Iraqi politics, in particular.

Mahdi is a politically independent Shia leader and seen as a compromise candidate given his distance from but acceptance by both the United States and Iran.

The next thirty days may largely determine the direction of the country. According to the Iraqi constitution, Mahdi has thirty days to form and attain parliamentary approval of a new cabinet. In recent years, politicians have filled these cabinet seats to facilitate parliamentary approval—leading to incompetent ministerial leaders and a government ripe with corruption.

Rather, a government of technocrats, consistent with the conditions laid down by Muqtada al-Sadr, whose alliance won the greatest number of seats in parliamentary elections, would be more capable of improving services, including electricity and water.

Further, such a cabinet would send a message to the Basra protesters that the new government in Baghdad seeks to end longstanding practices of patronage and fight corruption.

Of course, even with earnest efforts, it will take years to fully repair Iraq’s degraded electrical and water systems. The new government will face innumerable challenges in its bid to weed out deep-rooted corruption. Nonetheless, the selection of an independent Iraqi for the role of prime minister suggests politicians in Baghdad may finally be heeding the calls for change.