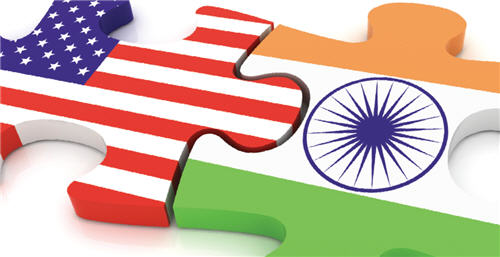 President Barack Obama and Prime Minister Manmohan Singh’s reaffirmation of their commitment to energy cooperation during this past weekend’s state visit to India highlights the special position India occupies in energy geopolitics.   Among the world’s leading consumers of energy (as of today, the US, China, Russia, Japan and India, in that order), India has for the past several years successfully managed to align with China and the developing world in global negotiations, while leveraging its position as a regional balance to China to secure a series of civil nuclear agreements that promise to help the country sustain its dramatic growth (which registered 7 to 8 percent annually even through the global economic downturn).  This week’s GR Energy and Climate Brief, timed to coincide with President Obama’s visit, assesses India’s energy choices and previews the geopolitical implications of the country’s rapid growth, rising energy demand, and the potential for the emergence of a more substantial energy cooperation with the US.

India, under the leadership of Prime Minister Singh, has found itself in direct competition with China in its pursuit of global energy resources.  In 2004, for example, a Chinese company outbid an Indian one to buy 50 percent of the BP-operated Block 18 in Angola.  The next year, the Indian state-run Oil and Natural Gas Company (ONGC) lost out on the acquisition of Canadian oil company Petrokazakhstan to the Chinese National Petroleum Company, in a deal that included the rights to an estimated 500 million barrels .  In January 2006 cooperation appeared to follow competition, as the two countries signed a “Memorandum for Enhancing Cooperation in the Field of Oil and Natural Gas”, which established numerous areas for partnership including “upstream exploration and production, refining and marketing of petroleum products and petrochemicals, research and development, conservation, and promotion of environmentally friendly fuels.”  Within a month of establishing the MOU, a 50:50 joint venture between Indian and Chinese companies took control of 36 Syrian production fields, but there has been little meaningful cooperation since.

On the global stage, overall cooperation between the two rising powers has been effective,  on issues ranging from climate talks to global trade negotiations and the restructuring of global financial institutions. Sino-Indian trade, meanwhile, has rocketed from $5 billion in 2002 to $38.7 billion in 2007, and is expected to reach about $60 billion by the end of 2010. China now stands as India’s primary trading partner. However, these figures belie serious underlying tensions in the bilateral relationship, not the least of which is the shift from a trade surplus of $1.7 billion in 2004 to a deficit of $16 billion in 2009. In addition to purely economic issues, China’s financial aid and diplomatic support for Pakistan, its opposition to civil nuclear cooperation with India, and increased tension over the disputed boundary between the two countries in Arunachal Pradesh and Sikkim are points of growing strain.   Much attention has been given to China’s $198 million investment into the development of a turnkey port at Gwadar in Pakistan’s Baluchistan province, which became operational at the end of 2008 and is now being expanded into a naval base. The port is also intended to serve as an energy transport hub, facilitating access to fossil fuel imports from the Middle East and Africa, which would flow into China’s Xinjiang Province via a planned pipeline.  Perhaps of greater significance, however, is the geopolitical dance over nuclear development.

While nuclear power currently accounts for just 1 percent of India’s energy consumption, the country has set its sights on its development to meet rising demand, with predictions of annual growth of 9.5 percent in the nuclear sector from 2007 to 2035 . Over the past five years, India has inked deals on civil nuclear cooperation with the US, UK, Canada, France and most recently Japan, facilitated by a 2008 waiver (opposed by China) from the Nuclear Suppliers Group (NSG), which allowed India to be the only non-signatory to the Non-Proliferation Treaty to engage in nuclear commerce.   China’s announcement this past summer that it will provide Pakistan with two new nuclear reactors in a deal it claims is grandfathered by a 1980 agreement – and therefore exempt from NSG obligations – was read in India as a “counterweight to India and to the Indo-US nuclear deal”, itself a counterweight to China’s strength in the region.

October’s India-Japan agreement has an even more direct strategic calculus.  In this deal, Japan would export to India civil nuclear power generation equipment and, in exchange, India would open up its markets to Japanese firms. Japan will also have access to India’s deposits of rare-earth metals, a selection of 17 deceptively common elements numbering 21, 39 and 57 to 71 on the periodic table used in the production of items such as laptops, wind turbines, and electric cars.  The deal comes on the heels of a diplomatic feud between China and Japan over a fishing vessel in the East China Sea that resulted in China placing an embargo on the export of rare-earth materials to Japan. In response, Japan’s Foreign Minister Seiji Maehara announced his government’s intention to diversify their sources of rare-earth metals.  As the second largest producer of rare-earths in the world (although nowhere near China in total amount: in 2009 China yielded 120,000 metric tons (95% of global supply) compared to India’s 2,700), India saw a welcome opportunity to diversify its own sources of energy while promoting one of its own fledgling industries.  The strategic importance of India’s rare earth elements extends far beyond Japan, as China has reportedly begun holding shipments to the US and EU in recent weeks.  In an official statement, the Chinese government denied any customs action, but reasserted its policy to increase control of its domestic industry, an issue of growing concern around the world. “China will continue to export rare earth to the world, and at the same time, in order to conserve exhaustible resources and maintain sustainable development, China will also continue imposing relevant restrictions on the mining, manufacture and export of rare earths.”

In 2005, when the Bush administration first announced its intent to promote an exceptional status for India in the global nuclear industry and the deepening of ties with this critical power, much was made of efforts to lure India into a so called “axis of democracy” with the US, Japan, and Australia. Five years later, President Obama’s support for India to be given a permanent seat on the UN Security Council to reflect “its rightful place in the world" speaks to the country’s growing importance as an ally in the region postured opposite an ever more assertive China. However, on the critical issue of energy cooperation, concrete progress remains a superficial at best.  Beyond the nuclear deal, which actually served to  more effectively open India’s market to producers in countries like France that have state support and guarantees for the industry, cooperation between the US and India has so far produced little fruit. China remains a critical trading partner, ally in global climate negotiations, and will likely play a growing role as India seeks to meet its renewable energy targets with low cost exports from China’s burgeoning renewable energy manufacturing sector.

While today’s announcements of Memorandums of Understanding on the establishment of a Clean Energy Research and Development Center, the promotion of energy efficiency and clean energy business, and cooperation in assessing the country’s shale gas potential did not significantly advance agreements made during Prime Minister Singh’s state visit a year ago, what was notable was a change in tone from the US government. A year ago, parity in the treatment of China and India in clean energy cooperation was evident down to the dollar amounts of financial commitment from the US.  This year, the rhetoric around the visit speaks to a special relationship, with US Principal Deputy Assistant Secretary Geoffrey Pyatt telling the BBC, “at a moment when our interests are engaged in Asia as never before, there’s probably no country with whom we have greater potential to build a broad strategic partnership than India because of our common values, because of our shared interests, because of the way our societies work and what we hold in common.”  Turning intention into action will be the challenge.