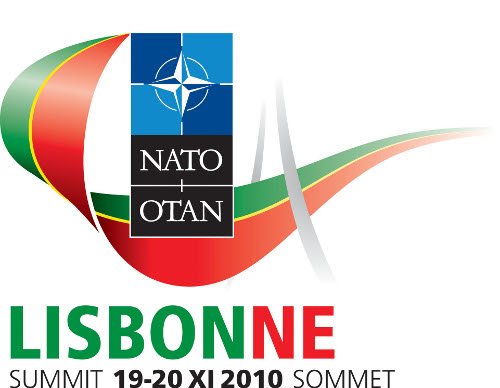 Austerity budgets in Europe will mean that key NATO members are going to cut their defence costs in ways that could damage the alliance’s military preparedness. Britain’s defence cuts could total as much as 20% by 2014-2015, and Germany and France plan to reduce their defence budgets by about 6% through 2013, and their forces by about 40,000 people each. Italy, Spain, and Portugal are preparing significant cuts, with other NATO countries likely to follow suit. Over the coming years, European defence spending could fall by 10-15% if not more.

These cuts, combined with proposed withdrawals from ISAF operations in Afghanistan and waning support for U.S. nuclear deployments in Europe, would lead to a further widening of the transatlantic defence capabilities gap. That in turn could exacerbate the growing perception in the United States that its allies are not pulling their weight. If the U.S. loses confidence in NATO, the single greatest instrument for global stability will be at risk. But it’s a risk that can be reduced if the European allies would be willing to limit these defence cuts, invest affordable resources more wisely, pursue multinational defence planning, show solidarity on Afghanistan, make sound NATO-level decisions on nuclear deployments and expand partnership activities with other countries and organisations. This article sets out an eight-point plan that could help NATO pursue this agenda.

Today’s defence budget crisis is no minor event. In recent years, total NATO European spending has declined to only 1.6% of GDP, well below the 2% guideline suggested by NATO leaders and far below the U.S. level of more than 4%. Overall European defence spending currently totals about €210bn annually, but only about €45bn of that is available for investment – well below the amount needed to transform European militaries for new missions. The current defence budgets of many NATO countries are already “austerity budgets”, additional cuts look set to magnify the problem at a time when more funds are needed. A recent Gallup Poll showed that 55% of Europeans feel defence spending should either be held constant or increased, so the pressure to cut defence spending is not coming from public opinion.

Acting on the premise that cutting national budgets is needed to reduce public deficits, stabilise financial markets and fuel economic growth, European governments may be sliding toward a mentality that treats defence spending as just another area to trim, not a primary concern driven by enduring strategic requirements. This worrisome trend is being aggravated by perceptions that ISAF is failing in Afghanistan and that future threats to Europe – terrorism, nuclear proliferation, Middle East instability, Russian assertiveness – do not warrant additional defence efforts. Against this background, the withdrawal of Dutch, Canadian and other forces from Afghanistan may damage NATO’s unity of purpose and so erode transatlantic confidence.

The combination of declining European defence preparedness, imbalances in contributions to the Afghanistan campaign and the desire by some to remove all U.S. nuclear weapons from Europe could create a crisis of confidence in the United States about its European allies. Unless checked, a widening gap could emerge between the United States and Europe on core security missions, leading to loss of NATO’s cohesion, and thus declining European influence around the world.

Militarily, steep cuts in budgets and forces could mean that NATO countries– including Britain, France and Germany – will no longer have the resources to carry out their NATO missions. Even though Europe today fields 2.3m military personnel, it faces serious shortfalls in deployable and sustainable forces and capabilities for new missions, especially expeditionary missions at NATO’s eastern periphery and outside Europe. Further cuts could give NATO little choice but to scale back its current “Level of Ambition” that calls for sufficient assets to handle two major contingencies plus half a dozen minor ones. NATO could ultimately be backed into a weak security strategy that defends only traditional borders but is unable to handle new threats outside the NATO "area".

This would be a dangerous path. But it is not an inevitable one. NATO has faced troubled times before and has always surmounted them by gathering the political willpower and military resources needed to renew itself. The challenge is again to find a path of renewal. Managing this requires ideas that are constructive, credible, effective and affordable. NATO can succeed if it follows an eight-point plan at its Lisbon summit in November and thereafter. Many elements of this plan are already underway or under consideration, but ensuring that they shape the future rather than fall victim to it will be demanding.

First, NATO should intensify its efforts to rebuild the fraying consensus about its purpose and its missions. It needs to agree on the threats that face the alliance and on NATO’s role in dealing with them. Without this consensus, efforts to prevent a free-fall in European defence spending will fail. To help create consensus, NATO plans to adopt a solid and far-sighted new strategic concept at Lisbon. Its core ingredients are put forth in the report by Madeleine Albright and her Group of Experts entitled “NATO 2020: Assured Security, Dynamic Engagement". It calls for a strong and reformed NATO capable of performing Article 5 missions, some homeland defence missions and expeditionary operations.

Second, based on a renewed political consensus, NATO leaders at Lisbon should, with their finance ministers present, seek a limit to defence cuts by firmly committing themselves to stable, adequate, and affordable budgets. Ideally, defence budget cuts should not be made but if they are, NATO leaders need to draw a line against crippling cuts, and indeed make a case for defence spending increases once European economic growth is restored. This commitment could be accompanied by a call for defence ministries to shift their budgets away from surplus manpower, unnecessary and expensive weapons and old-era operations so as to spend the savings on investments for new missions. This sort of redistribution formula is being pursued by the U.S. Department of Defense and makes sense for European defence ministries too. It could increase European investment budgets by 25%, thereby accelerating NATO’s pursuit of technological innovation. Well managed and prudent defence cuts and sensible redistribution policies carried out with multinational co-ordination will be less disruptive than steep national cuts made without regard to what other nations are doing.

Third, NATO should declare at Lisbon that it will be responsible but firm in the exercise of force. This stance should begin by making clear that NATO will fulfill Article 5 commitments to all its members, and that it will pursue such low-cost, high-payoff measures as contingency planning, exercises, infrastructure, and enhanced rapid reaction capacity to reassure the Baltic states of their security against Russian intimidation, even as diplomatic re-engagement with Russia proceeds. In adopting guidelines for missions outside alliance borders as suggested by the Albright group, the Lisbon summit should make clear that NATO will defend itself against threats like terrorism, ballistic missiles and nuclear proliferation, and that it is willing to use force outside Europe when necessary. Even as new guidelines provide the flexibility to handle each situation on a case-by-case basis, they should caution against over-commitments by NATO and emphasize NATO’s role in working closely with other international organisations.

Fourth, NATO’s nations should continue to act together in Afghanistan and on nuclear issues. A dominant concern for European countries should be to avoid acting unilaterally in both arenas in ways that make the United States fear it is being left alone on key security challenges. In Afghanistan, European nations should commit themselves to achieving a favourable outcome, and should withdraw their forces at roughly the same pace as the U.S. In the nuclear arena, they should make policies as an alliance rather than act on a national basis. NATO should honour the five points presented by Secretary of State Hillary Clinton in Tallinn, and recognise that some forward-deployed U.S. systems will be needed as long as Russia’s military doctrine relies heavily on nuclear weapons. It should also develop an arms control proposal to eliminate sub-strategic systems from the Atlantic to the Urals.

Fifth, NATO should implement reforms of its headquarters staffs, simplify its military command structure and make it more deployable, significantly reducing the number of NATO agencies and committees and eliminating old-era investments that do not contribute to preparedness for new-era missions. These steps would streamline NATO and save money, but other measures to improve NATO planning processes and to strengthen the role of Allied Command Transformation are also needed. European nations likely will reduce their military manpower, but they should avoid major cuts to their force effectiveness. They should continue to fulfill their commitments to common NATO programmes.

Sixth, NATO and its European members should set stiff investment and procurement priorities. The present force deployment deficiencies could be lessened by meeting plans for being able to deploy 10% of NATO’s forces at any single time, and for providing sustainable deployment assets. NATO needs improved forces and capabilities for defending its eastern borders and for mounting expeditionary missions that succeed in the full range of military war-fighting, stabilisation and reconstruction missions, and comprehensive operations. There is considerable overlap in these two missions, and NATO’s investment strategies should focus on flexible, deployable and sustainable capabilities that can be used for both.

Seventh, NATO’s European members should strengthen their multinational co-operation. European military effectiveness is constrained because all members still develop and operate their forces on a mainly national basis. Much could be accomplished by common procurement of new weapons and technologies, new pooling arrangements and role specialisation. Integrating more functions makes sense in areas like missile defence, strategic lift, logistical support, joint combat forces and power projection. Smaller nations would be better able to contribute to NATO using multinational approaches and role specialisation, but the forces of bigger countries could benefit, too. In the long run, a case can be made for an all-European military. Even in the shorter term, a better fusion of national forces and functions could strengthen NATO while also helping the EU to pursue its security mission.

Lastly, as highlighted by the Albright Group, NATO should expand its activities with other nations and partner organisations. NATO partnership efforts have mainly focused on alliance enlargement, Balkan security and Afghanistan, and now should be broadened to address a wider range of security challenges. NATO can offer potential partners enhanced consultation on security in exchange for contributions to NATO missions. Enhanced partnerships must have a solid political foundation, but improved military inter-operability also should be pursued. The list of potential partners is quite long; it includes the EU, OSCE and the UN, Russia, Ukraine and Georgia, Middle East participants in the Mediterranean Dialogue and Istanbul Cooperation Initiative, the African Union, countries in Central and South Asia, and Japan, Australia, South Korea and China.

The defence spending crunch does not mean that NATO is condemned to decline. It has faced difficult challenges before, and prevailed. This latest challenge can be managed in ways that help the alliance to pursue reform, innovation and renewal. Preventing a free-fall in European defence spending is a necessary but not a sufficient step. The eight-point plan outlined here would enable NATO and Europe to adjust their approach to defence preparedness by focusing on new missions, deployable forces, critical capabilities, multinational assets, and new partners. It is not an easy path to follow but NATO has preformed similar feats before, and with willpower and commitment it can do so again.

Hans Binnendijk is Vice President for Research at the National Defense University Center for Technology and National Security Policy and member of the Atlantic Council’s Strategic Advisors Group.

Richard Kugler is an author on U.S. security and defense policy.

This article was first published in Europe’s World.

This article is based on an advocacy paper commissioned by the PASOS network as part of pan-European initiative to improve East West relations, and part of a New Atlanticist discussion – The 2010 Lisbon Summit: A New Atlanticist Forum – on the Summit’s expectations, areas of focus, and potential outcomes.