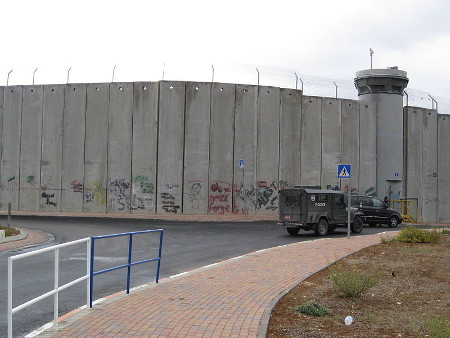 Imagine a two-state solution in Israel and Palestine in which Palestinians would have the right of return; Israelis could settle wherever they could purchase land in the West Bank; and Jerusalem need not be divided. This is not a fanciful vision, but a creative and eminently sensible reinvention of 21st-century statehood. And President Barack Obama’s just-completed visit to Israel provides an opportunity to explore new thinking.

Ever since Bill Clinton nearly succeeded in brokering a comprehensive settlement in 2000, the mantra among supporters of the Israeli-Palestinian peace process has been that, while a solution exists, Israeli and Palestinian leaders who are willing to reach it do not. The solution is a version of the deal that Mr. Clinton sought: two sovereign states based on the 1967 borders, with negotiated land swaps to reflect existing settlement patterns. The agreement would include a land corridor connecting Gaza and the West Bank; a divided Jerusalem with guaranteed access for all to religious sites; Palestinians’ renunciation of the right of return; Israel’s willingness to dismantle settlements outside the agreed borders; and recognition of both states across the Middle East.

But suppose that the reason that no Palestinians and Israelis willing to conclude such a deal have emerged is that the solution itself is domestically unsupportable on both sides. Suppose that as long as a version of this deal is the only game in town, the creeping physical expansion of the Israeli state and the demographic expansion of Israeli Arabs will continue to erode its foundation. For all the dire warnings that the window for a two-state solution is rapidly closing (or has already closed), it’s the solution itself that’s the problem.

In 2008, Russell Nieli, a Princeton University graduate student in philosophy, gave a talk at the Princeton Center for Jewish Life that was so well received he expanded it into an article for the U.S.-based magazine Tikkun. The article, Toward A Permanent Palestinian/Israeli Peace – The Case For Two-State Condominialism, was published with the aim of stimulating “productive thinking among a younger generation of Jews and Arabs not bound by the restricted vision and failed policies of the past.”

“Two-state condominialism” is as visionary as the name is clunky. The core idea is that Israelis and Palestinians would be citizens of two separate states and thus would identify with two separate political authorities. Palestine would be defined as a state of the Palestinian people, and Israel as a Jewish state. Under “condominialism,” however, both Palestinians and Jews “would be granted the right to settle anywhere within the territory of either of the two states, the two states thus forming a single, binational settlement community.”

To make this work, the borders of each state would first have to be defined – presumably on the basis of the 1967 borders, with mutually agreed territorial swaps. Israeli Arabs would then be required to transfer their citizenship, national identity and national voting rights – but not their residence – to the new Palestinian state. They would have a permanent right to live in Israel and would retain the benefits to which they are currently entitled as Israeli citizens, but they would now vote as citizens of Palestine. All other Palestinians living in Israel would have rights and benefits only under Palestinian law.

Condominialism recognizes the reality of the deep interconnectedness of Israeli settlers in the West Bank with the rest of Israel – through roads, water supplies, electricity grids, administrative structures and economic relationships (just as Israeli and Palestinian parts of Jerusalem are interdependent). Instead of trying to separate and recreate all of these structures and relationships, it makes far more sense to build on them in ways that benefit both states’ peoples and economies. And in a world in which many citizens spend an increasing proportion of their time in virtual space, de facto condominialism is already happening.

In the 1950s, the idea of a European Union in which member states’ citizens could live and work freely across national borders while retaining their political allegiance and cultural identity seemed equally far-fetched. (Indeed, the name of the political process by which the EU was to be constructed, “neo-functionalism,” was every bit as abstract and cumbersome as “two-state condominialism.”) Yet, French and German statesmen summoned the vision and the will to launch a bold experiment, one that has evolved into a single economy of 500 million people.

Why shouldn’t another site of ancient enmities be the source of a new conception of statehood? Today’s young Israelis and Palestinians pride themselves on their entrepreneurialism, with all the risk that starting something new entails. Supporting and contributing to an innovative political start-up would be their generation’s defining act.

Anne-Marie Slaughter, an Atlantic Council Board member, is the Bert G. Kerstetter ’66 University Professor of Politics and International Affairs at Princeton University. She served as director of policy planning at the State Department from 2009 to 2011. The editorial originally appeared in The Globe and Mail.