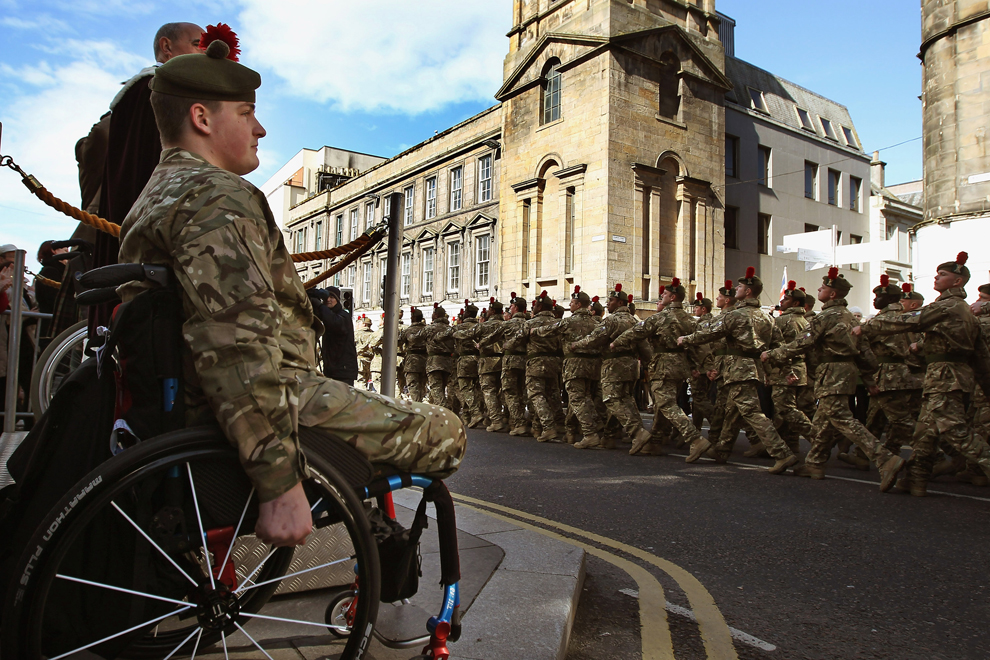 Nothing makes my blood boil more than recently retired senior government officials suddenly changing their story once retired. Earlier this year I was excoriated for suggesting that our troops were dying in Afghanistan for want of a meaningful political strategy and to avoid the political embarrassment of leaders. Yesterday, Ambassador Sherard Cowper-Coles, London’s former ‘man in Kabul’, went on BBC radio to launch a stinging attack on both the American and British governments. He said that the undoubted achievements of American, British and other coalition armed forces in denying Afghanistan to Al Qaeda had been wasted due to a lack of a meaningful political strategy built on reconciliation within Afghanistan and a regional political settlement beyond. Cowper-Coles likened the West’s strategy to “cultivating an allotment (small vegetable garden) in a jungle” and virtually quoted me (unintentionally) when he said that the military surge had failed because it had not been matched by a political surge.

This dreadful week in which five Australian soldiers were killed, three of whom died in yet another so-called green-on-blue attack and in which eleven civilians were beheaded by the Taliban in Helmand province, has again highlighted not so much a failing political strategy as the absence of one. Five years ago I wrote two major reports on Afghanistan following a visit to that beautiful, but broken country and in 2009 I wrote the original “Plan B for Afghanistan” for the International Institute for Strategic Studies (still online). Plan B highlighted exactly the points that are now being presented as revealed truth by the the so-called great and good as the scramble begins to shift and avoid blame for failure.

Former US Special Envoy the late Richard Holbrooke said that the West was fighting the wrong enemy with the wrong strategy in the wrong country. Only a proper regional strategy with the stabilization of Pakistan at its center would have afforded Afghans the semblance of a ‘peace’ beyond the heroin-funded, fundamentalist-driven, tribal-brokered anarchy that is likely to be their future. Sadly, it is too late now.

It is the old quantity versus quality problem. However large the Afghan National Army or the Afghan police unless and until there is a government in Kabul worthy of the name Western forces are simply preparing Afghanistan for the inevitable civil war that will follow 2014.

Sadly, the dishonesty is likely to continue. Much is made by Washington and London of their continued commitment to Afghanistan post-2014 (other allies are already on their way out). It is a sham. I was approached to become a member of a consortium bidding for a contract to provide defense education. Only after some time did I realize that in fact I was being suckered into a contract to go to Afghanistan post-2014 as a defense-educator simply to maintain the pretense that American and British politicians are keeping their word. Once the bulk of Western forces withdraw anyone who goes will be little more than hostage-bait.

It is patently obvious that both American and British politicians are now more intent in putting distance between themselves and Afghanistan than supporting the troops with real political capital. Indeed, it is striking how the West’s Afghan veterans are fast becoming like those Russians who went home broken in the wake of Moscow’s 1989 withdrawal. Known as The Forgotten Division they have to fight for the most basic of support simply because by existing they remind Russia’s leaders of failure. Thankfully our veterans are treated far better but for far too long the West’s young men and women in uniform, together with their partners from across the globe, have carried our politicians creating an alibi for appalling leadership.

It is not Ambassador Cowper-Coles who is in my sights as he did indeed try to change things from within. However, too often those taking the President’s buck or the Queen’s shilling do far too little to shift policy and strategy from within government and are all too quick to attack it having left, especially when there is a book to sell. It is the mark of the cynicism of both London and Washington these days that careers matter more than honor.

It is this behavior that prevents government from confronting truth and helps politicians avoid uncomfortable truths. It is compounded by attempts to silence critics who are simply confirming the blindingly obvious; that in the absence of a real and sustained political strategy our young men and women are dying in Afghanistan for nothing and will continue to do so until they are withdrawn in 2014.

Afghanistan is indeed an allotment in a jungle. Which jungle is a good question – there or here. This blog is dedicated to the five brave Australians killed this week.