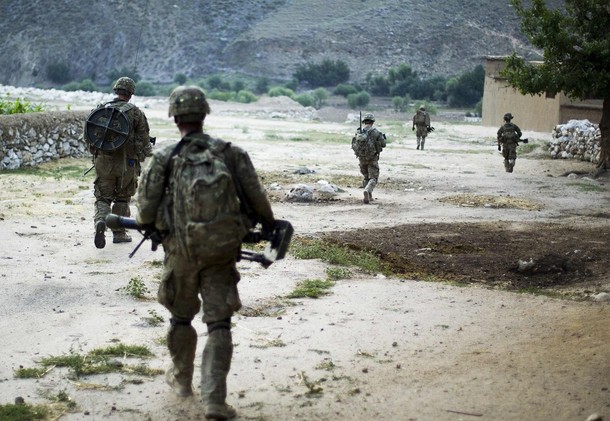 After more than a decade of fighting in Afghanistan, Americans are ready for this war– or at least our involvement in this war – to end. If history is any guide, the roar of engines from the planes bringing our soldiers home will drown out any conversation over what happens next in Afghanistan. The whiff of aviation gas will be too heady for us to focus on the hard work ahead to stabilize Afghanistan and the region.

It would be a phenomenal waste of the sacrifices we have made, in lives and resources, to give in to this temptation and neglect consideration of what we leave behind. It’s a mistake we’ve made before in Afghanistan. This time, let’s not turn off the lights on our way out the door.

On July 8, Afghanistan, the U.S. and other international donors will meet in Tokyo to discuss Afghanistan’s civilian needs through 2014 and beyond. This is the chance to bring this war to a close responsibility, by showing our support not just for Afghanistan’s armed forces as we did at the Chicago NATO Summit, but for its civilian sector, too.

In the year I served as a civilian in Afghanistan, I saw all of the problems we read about in the news. I saw fighting, poverty, corruption, and fear. But I also saw something we rarely read about. In the midst of conflict, I met Afghans toiling to create a peace, so that their children (and ours) do not have to fight the next war.

I met communities in Bamyan debating whether to use small grants to build a well, or to teach women bee-keeping, a sustainable skill that would provide a family income. I spoke with business people in Parwan strategizing how to get their town added to the national power grid. I met Afghan journalists and archeologists in Herat, farmers in Lashkar Gah, carpet merchants in Mazar e Sharif, teachers and university students in Kapisa province, and women activists in Kabul – all working to shape the Afghanistan of tomorrow. This is what America’s civilian effort is contributing to, and this is what funding a long-term partnership going forward will allow us to support.

Afghans are better off today than they have been for decades:

This expanded Afghan capacity means that more Afghans are in a position to build the peace as our troops come home.

None of this is to minimize the grave challenge of insecurity and the long road ahead. Afghanistan is still one of the poorest and most corrupt places on earth. Reliable electricity reaches only 18 percent of the population. According to The Asia Foundation’s 2011 survey of the Afghan people, a majority of Afghans polled say they fear for their safety. Still, even in the midst of conflict, only a third of Afghans cite security as the biggest challenge facing their country. The others point to unemployment, corruption, poverty, the economy, and education. This is a people that desperately want a better future for themselves and for their children.

So let’s not turn off the lights on our way out the door. Instead, as our troops come home, let’s continue to help Afghans figure out how to generate electricity for those lights.

Abigail Friedman is a Foreign Service Officer with the U.S. Department of State. She served in eastern Afghanistan, as a civilian embedded in a brigade, from August 2009- August 2010. She was Director for Afghanistan on the National Security Staff, August 2010-August 2011. The views expressed here are solely those of the author and do not necessarily represent the views of the U.S. Department of State, or any other entity of the U.S. Government.