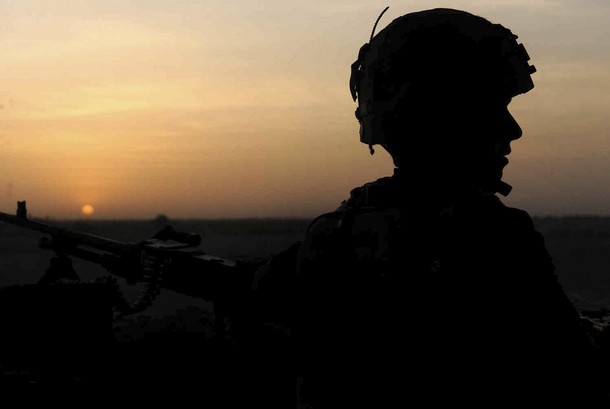 At the beginning of 2009 Gen. David Petraeus, the new CENTCOM commander, assumed command of a huge theater that stretches from the Horn of Africa to Saudi Arabia, the Persian Gulf, Iraq, Iran, Afghanistan and Pakistan, right up to the Indian border.

The surge he crafted for Iraq appears to have delivered an almost clean slate to the Iraqi government with U.S. forces now bivouacked outside the main cities. The second part of the hat trick is Afghanistan. And there things are hard to read but still heading south.

A year ago, when reminded that most NATO allies wanted out from Afghanistan by the end of 2011, Petraeus responded, “The Brits will be with us even if it takes another five to 10 years.” This week British Foreign Secretary David Miliband called for a strategy change in Afghanistan, urging the Afghan government to engage in diplomacy with “moderate” Taliban. In a speech at NATO headquarters in Brussels, Miliband said military commanders should now work with the Kabul government “to separate hard-line ideologues, who are essentially irreconcilable and violent and who must be pursued relentlessly, from those who can be drawn into domestic political processes.”

As he spoke, Miliband already knew the Afghan government had struck its first cease-fire with Taliban insurgents in remote northwestern Badghis province near the border with Turkmenistan. But it wasn’t long before the Taliban used the truce to ambush local cops in Badghis.

Petraeus does not believe there are moderate Taliban elements and that negotiations with the enemy would undermine the entire NATO effort. But the “Brits” have little choice in the matter. The home front is crumbling. Prime Minister Gordon Brown was groggy and barely limping along after a humiliating by-election defeat and more grim economic news. Government revenues were down 8.2 percent in June from a year ago while social security benefits increased 9.7 percent.

The outgoing commander of the British contingent, Gen. Mark Carleton-Smith, told the London Sunday Times recently and unequivocally that a military victory over the Taliban was “neither feasible nor supportable.” A German Der Spiegel correspondent caught the drift of military and diplomatic talk at an embassy dinner in Kabul’s Wazir Akbar Khan neighborhood. The guests were envoys and generals of participating countries. If there was an upbeat remark, Der Spiegel’s Susanne Koelbl didn’t catch it.

The Afghan war is now President Obama’s war, and anything that could provide an honorable exit, short of the democracy all now concede is an opium pipedream, would be eagerly embraced by U.S. allies. With a new defense budget of almost $700 billion, healthcare reform, which is expected to add many more billions to an almost $2 trillion deficit, and an economy in the doldrums at least through the end of 2009, Obama cannot afford an open-ended commitment in Afghanistan.

The catalyst for last September’s secret talks was Nawaz Sharif, the Pakistani prime minister ousted by Army Chief Pervez Musharraf in 1999. Sharif is now waiting for the collapse of President Asif Zardari’s tottering government before returning to power with a hefty financial assist from the Saudis who hosted him during his seven years in exile.

Sharif presumably can bring a little more Saudi funding to Pakistan’s depleted treasury than the paltry $1.5 billion a year the U.S. Congress has been arguing about for months. Since 2001 Afghanistan has benefited from global munificence to the tune of $38 billion from the United States and $50 billion from the rest of the world, including Japan and the European Union. Pakistan, a nuclear power fighting homegrown Taliban extremists, is understandably upset by the stingy short-shrift treatment it gets in a U.S. capital besieged by acute financial and economic problems.

Afghanistan is unwinnable as long as the Taliban and al-Qaida can keep privileged sanctuaries in Pakistan’s Federally Administered Tribal Areas along the Afghan border. The Pakistani army was about to launch a major offensive in FATA when their own domestic Taliban terrorists resurfaced in the Swat Valley whence they had been rooted out six weeks ago. They had re-infiltrated by hiding among some 2 million refugees returning to their homes in the valley.

Now Pakistani generals are telling their U.S. opposite numbers that their Afghan operations are driving the Taliban into Baluchistan in Pakistan proper, where they have long felt secure. They also say they urgently need helicopters and drone technology before they can undertake what would be their second major offensive in FATA. The last one in 2006 cost Pakistan 1,400 killed and 4,000 wounded. The Pakistanis then withdrew to their base camps inside the tribal areas.

Just back from a month in Afghanistan, where he served on the U.S. Strategic Assessment Team to assess the overall situation, Anthony H. Cordesman, a leading strategic thinker at the Center for Strategic and International Studies, wrote, “NATO/ISAF and U.S. forces cannot win this kind of military victory on their own. … This will be determined in large part by how well and how quickly they build up a much larger and more effective” Afghan national army and police. This means doubling present numbers, Cordesman concluded. Easier said than done as Afghan volunteers are frequently Taliban “agents provocateurs” who can fend for themselves when the colons return to claim their properties.

Speaking privately, a high-ranking former Bush 41 official, said, “Either Obama wrestles Afghanistan to the mat by this time next year, or he’s toast in November’s midterm elections, losing one house, possibly both.”

Arnaud de Borchgrave, a member of the Atlantic Council, is editor-at-large at UPI.  This essay was published as a syndicated column for UPI.