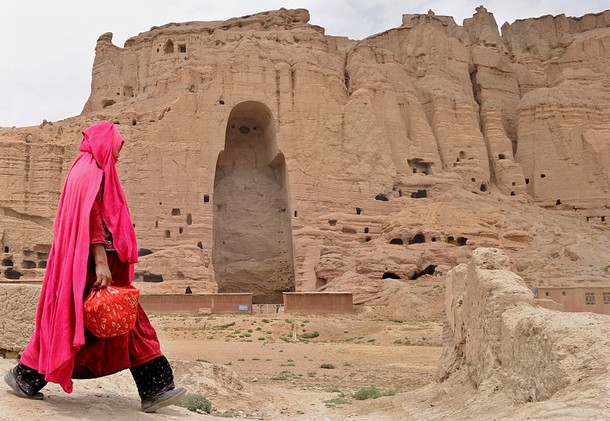 The questions go back and forth between the U.S. Ambassador to Afghanistan Karl W. Eikenberry, who was once the military  commander in Afghanistan; and Special Envoy for "AFPAK" Richard C. Holbrooke, usually airborne ; Deputy Secretaries of State James B. Steinberg and Jacob J. Lew; Secretary of State Hillary Clinton, also frequently airborne; and Eikenberry’s four deputies, who also hold the rank of ambassador. A lot of cooks have produced a thin diplomatic and economic gruel. CYA appears to be the operative words that hold it all together.

With the Kabul embassy soon to be the largest in the world, displacing Baghdad, with a staff of more than 1,000 diplomats and officials seconded from a dozen U.S. government agencies and a security detail of another thousand, economic planning for a country in the midst of a guerrilla war is difficult under the best of circumstances. Defeated Germany and Japan in 1945 were tabula rasa. In Afghanistan, there is no clean slate. And a plethora of players with different agendas has coaxed Eikenberry into a defensive crouch.

On July 22, the three-star Afghan war commander turned ambassador peppered his superiors in Washington with a barrage of questions to which he knows there is no consensus among the powers that be.

"We would like to begin a discussion with Washington," said Eikenberry’s e-mail message, "designed to refine our thinking about the current status of our civilian uplift, our ability to sustain civilian presence in Afghanistan, and our vision for the coming years. Changes on the ground will demand flexibility on the part of both Washington and the field and even greater attention to integrated CIV-MIL operations." And this in the ninth year of the Afghan war.

Eikenberry kicked the can of "civilian uplift" down the rutted Afghan highway one more time when he said, "we believe it would be useful to re-examine as close as we could come to the entire stock of questions or issues that have been raised in Washington, Kabul, and the field …"

Meanwhile, the "civilian uplift" personnel buildup continues to mount. By last July 10, 1,146 American civilians had been deployed. But Eikenberry then asked, "What is the right number for our mission and do we have in place the right kind of metrics to self-evaluate and course correct?"

If he doesn’t know, maybe someone on Holbrooke’s staff of 60-plus in Foggy Bottom can come up with an educated guesstimate.

Among the 12 pages of questions, a bobbing and weaving Eikenberry conveyed the impression — presumably inadvertently — that he didn’t have any answers for the questions he posed: "Are we doing an adequate job of identifying personnel who are not able to accomplish their civilian tasks due to deteriorating security environments and are we able to identify adroitly new temporary duties for such officers?"

Passing the buck was the common thread of scores of questions that normally should have been followed with suggested answers for the interagency meetings in Washington, to wit, "If we have to pull teams back from the field to Kabul in the event of prolonged security threats in the months ahead can we house them and put them to work here or should they be redeployed to Washington or elsewhere?"

If they volunteered for dangerous duty in Afghanistan, why would they want to be shipped home because of a prolonged security threat? Should there be a distinction between more dangerous to less dangerous field posts, with commensurate differences in incentives?

Eikenberry presumably knows that what is less dangerous one week can be more dangerous the following week.

The most urgent civilian problem is the billions salted away by contractors who get paid for work not done or abandoned half done. During the past three years, almost $20 billion in aid was delivered to Afghanistan but the government only had control over $1 billion in return for total transparency. But as Omar Zakhilwal, the finance minister pointed out in a letter to U.S. Rep. Nita Lowey, D-N.Y., "full transparency and effectiveness principles" aren’t applied to the aid directly spent by donors and their contractors.

Lowey held up $4 billion in aid to Afghanistan pending a thorough investigation of corruption on all sides — Afghan, U.S. and individual NATO countries.

Vast amounts of money exit Kabul airport on several daily flights to Dubai and Abu Dhabi — all legally declared and authorized. During the last 3 1/2 years, Zakhilwal said $4.2 billion has been transferred in cash on outward bound flights.

One strategically placed U.S. official confided privately, "The U.S. does not have the ability to manage the oversight needed to coordinate the efforts of over 1,000 civilian ‘generalists’ and ‘specialists’ with either the NATO forces or the Afghan government. Nor can we oversee the 100,000 plus contractors running around the country eating our lunch."

The Taliban’s strongest weapon is corruption on the government side. Holbrooke describes it as a "malignancy" that could destroy everything the United States and its allies are trying to achieve but have little to show for it after nine years. U.S. Army Gen. David Petraeus says inadequate governance, corruption and abuse of power are the Taliban’s best recruiters.

After spending $345 billion, said this same American official, "we still do not have an Afghan government that can sustain itself." Each new strategy is given a catchy acronym. The latest is Civilian Uplift and Surge Taskforce for Economic Rehab — CUSTER!