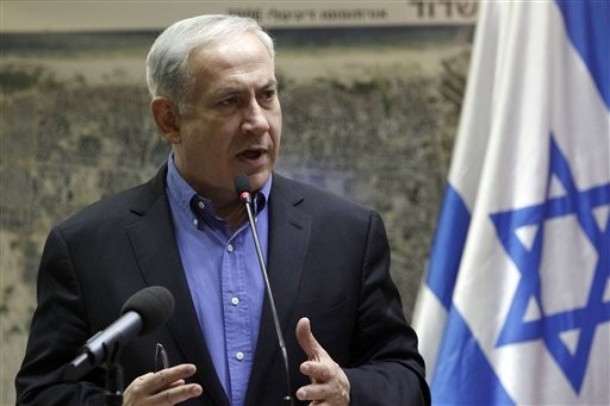 Israeli Prime Minister Benjamin Netanyahu returned home without receiving an American endorsement for an Israeli attack on Iran. Neither did he find much support for the Israeli government’s assertion that the window to prevent Iran from developing nuclear weapons is about to slam shut.

In fact, the U.S. military and intelligence community did not budge from its unified conclusion that Iran has not yet decided to manufacture a nuclear weapon.

Netanyahu came to town with both guns blazing. He gathered the powerful forces of the American Israeli Public Affairs Committee, AIPAC, and the hawkish elements of the U.S. Congress around his argument. That he still could not pressure the United States to see the Middle East through his optics, in spite of all this firepower, and during an American presidential election campaign, makes his failure a notable development. And a remarkable success story for the Obama administration.

But even more important than the refusal to open the door to a potential attack by Israel on Iran was a strategic development that has not yet received the illumination it deserves: President Obama’s recalibration of the alliance between the United States and its closest ally in the Middle East.

The recalibration is encapsulated in this quote from the New York Times report of the president’s Tuesday 6 March, 2012 press conference

“… Mr. Obama made clear that when he said the United States “has Israel’s back” — a phrase he used in his speech on Sunday and in the Oval Office with Mr. Netanyahu — it should not be interpreted to mean that he was giving Israel any kind of go-ahead for a pre-emptive strike on Iran.

His statement, Mr. Obama said, was a more general expression of American support for an ally, like Britain or Japan. ‘It was not a military doctrine that we were laying out for any particular military action,’ he said.” (Emphasis added.)

The clear analogy is with the 1956 invasion of Egypt by Briton and France. Egypt had nationalized the Suez Canal, in which Britain and France were sizable investors, and for whom the loss of this passageway had serious geopolitical consequences. The two European powers labeled Egypt’s action an act of war and invaded Egypt to take back the canal forcibly.

A shocked President Eisenhower made it clear that the United States disagreed with the British-French action, publicly voiced its disapproval, and forced a reversal of their invasion.
That America would act against two of its closes allies, and force them to reverse a decision they considered to be in their national interests, was a rude awakening for Britain and France.

Eisenhower might just as well have used the Obama phraseology that both allies knew the United States had their back, but this did not imply permission for any preemptive strike.

President Obama has firmly let it be known that whatever may have been the overt or hidden understandings between Israel and the United States in the past, going forward this alliance will follow the rules America follows with any other close ally. Translation: If you attack Iran on your own Mr. Netanyahu, do not count on the United States joining you in your action.

If my analysis of President Obama’s recalibration is correct, the alliance with Israel has just been quietly reset.

The reset I believe fits into the administration’s evolving American foreign policy doctrine for the new century. A doctrine which recognizes that in the future American leadership of the world can only be exercised by harnessing a matrix of power centers. Nowhere is the need for leading with a matrix more true than in the Middle East.

Mr. Netanyahu could of course still throw caution to the wind and attack Iran. He could gamble by betting on the widely held assumption that no American president facing reelection could afford to sit on the sidelines if Israel were to attack Iran.

Were Netanyahu to do so, he would be very short-sighted. It is not a bet that he can win.

Sarwar Kashmeri is a senior fellow in the Atlantic Council’s International Security Program and the author of “NATO 2.0: Reboot or Delete?” This essay originally appeared in the Huffington Post.