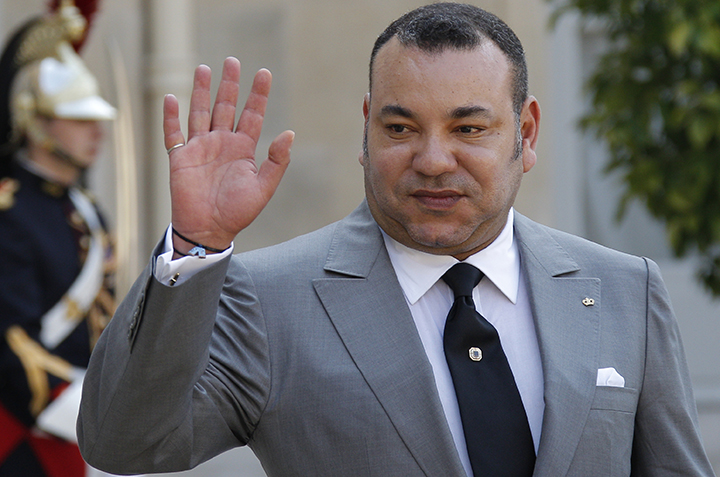 It is written in the Book of Proverbs that “Faithful are the wounds of a friend.” In other words, a true friend will tell another unpleasant truths, conveying things the other may not want to hear, but doing so for the sake of the other’s own good, which is valued more than even the friendship itself. However, this wisdom is predicated on the assumption that what is communicated is itself objectively true and not based on bias, much less animus. The furor that has erupted in Morocco over its entry in the US State Department’s Country Reports on Human Rights Practices for 2015, published in April, raises the question of whether the document falls into the latter, rather than the former, category.

On May 18, the US Ambassador to Morocco, Dwight Bush, was summoned to the Ministry of Foreign Affairs in Rabat to receive a formal protest, a rare rebuke from the North African kingdom that was the first sovereign country to recognize the independence of the United States, has had the longest unbroken treaty relationship with Washington, and is one of only three African states to be designated a “major non-NATO ally” of the United States. According to a statement by the Foreign Ministry’s spokesman, the ambassador was called in by Deputy Foreign Minister Nacer Bourita who, in the presence of Mohamed Yassine Mansouri, head of Morocco’s intelligence agency (DGED), denounced the “deceptive content” of the report. Specifically, the minister cited three cases that highlighted “the clear manipulation and blatant factual errors that tarnish the State Department’s report.”

The ministry’s statement gives detailed responses to each of these cases, but the third case is illustrative of what aggravated the Moroccans. The State Department report cited the following as an example of Internet censorship:

“[O]n June 29, a Casablanca court sentenced Hamid El Mehdaoui, editor of the news website Badil, to a four-month suspended sentence for allegedly defaming the head of the General Directorate of National Security [DGSN], Abdellatif el Hammouchi. El Mehdaoui had published an article about the death of Karim Lachaqr, an activist who died in police custody in May 2014. The court ordered both him and his source (not a journalist) to pay combined damages of 100,000 dirhams ($10,050) or face imprisonment.”

In reality, Hammouchi was only appointed head of the DGSN by King Mohammed VI on May 15, 2015, so he could not have been responsible for the alleged death in police custody the year before. Moreover, he had not yet assumed his post when the matter of Mehdaoui was disposed by the courts. In fact, it was the previous head of the security agency, Bouchaib Rmil, who, on June 4, 2014, filed the court case against the blogger for making false claims. That the writers of the report couldn’t get such basic facts right raises significant questions about either their competence or their good faith—if not both.

In fact, a closer examination of the report on Morocco shows just how much effort its writers put into it. It is rather telling that, of the 355 words in the executive summary for 2015, 272 are cut and pasted directly from the report drawn up for 2014—and 231 of the latter were lifted verbatim from the report for 2013. So much for providing the speaker of the House of Representatives and the Senate Committee on Foreign Relations with an up-to-date, “full and complete report regarding the status of internationally recognized human rights” for the preceding year as required by law.

Even more damning are the omissions. Somehow, the diplomats responsible for the Morocco report didn’t think it was worth noting that on July 1, 2015, a law passed by the Moroccan parliament and promulgated by the king took effect that banned the trial or referral of civilians to military tribunals. This was a reform long sought by human rights campaigners in the country and endorsed, since 2013, by Morocco’s National Council on Human Rights (CNDH). Instead of highlighting this advance, which drew praise from the International Commission of Jurists at the 28th session of the United Nations Human Rights Council in January of last year, the authors of the State Department report concerned themselves with bemoaning “the lack of citizens’ ability to change the constitutional provisions establishing the country’s monarchical form of government.” That the American authors identified that grievance as the first of “the most significant continuing human rights problems” in the country (followed by alleged corruption and disregard for the rule of law by security forces) may well have been a Freudian slip.

All this may seem like “technicalities” or “inside baseball” on the part of analysts from the much-maligned “foreign-policy establishment,” but it has real-world implications. Amid the upheaval that swept across the Arab world beginning in 2011, Morocco has stood out as an exception. Not only has the kingdom avoided the extremes of revolutionary tumult and violent repression, but while their neighbors were still struggling to come to terms with the Arab Spring, Moroccans accelerated a process of political and social renewal already underway, ratifying a new constitution and holding elections that resulted in a coalition government led by a moderate Islamist party. While authorities have responded swiftly and decisively to the few terrorist attacks that the country has suffered, the Moroccan government has emphasized a broader campaign of countering extremist influences at their roots, not only in their country, but also sharing their experience and intelligence with other countries, including in Europe—in the process, making Morocco an anchor for security and development in northwest Africa. Moreover, with the increasing recognition, as the US Strategy toward Sub-Saharan Africa acknowledged, “Africa is more important than ever to the security and prosperity of the international community, and to the United States in particular,” Morocco plays a unique role as a gateway to business on the continent. These geopolitical and economic considerations don’t mean that the country gets a pass, but it deserves to have its friends confront it with the truth, not slapdash and spurious accusations.

I spoke on May 19 with the deputy foreign minister, Bourita, who told me: “The reason we are upset is not because we cannot accept criticism, but it has to be based on facts. We are not challenging your right to assess, even if we may disagree on the judgment, but your presumption to do so without the facts. The report seems to us to have had its conclusions written first and then ‘facts’ were sought to ‘prove’ those conclusions. And where the facts couldn’t be found, they were simply invented.” He went on to tell me that his government couldn’t just ignore the report because “our reputation and our national pursuit of stability through reform is all we have.” Consequently, he assured me, his government would spare no effort to refute what it viewed as falsehood. More will, undoubtedly, be forthcoming and it should: we shouldn’t expect less from a true friend.

J. Peter Pham is the Director of the Atlantic Council’s Africa Center. Follow the Africa Center on Twitter @ACAfricaCenter.

Image: Morocco’s King Mohammed VI is seen here following a meeting with French President François Hollande at the Élysée Palace in Paris on May 24, 2012. (Reuters/John Schults)