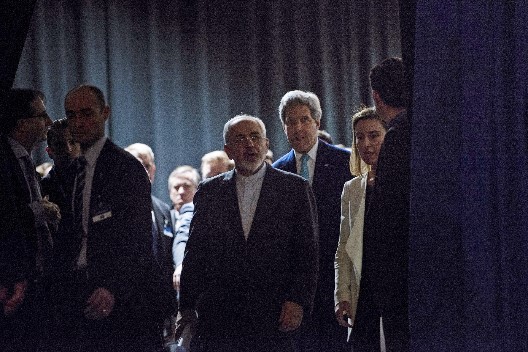 The Implications of Congressional Action Regarding the Iran Deal

There has been much debate over the past several weeks on Congress’ role in a final nuclear deal with Iran. Congress clearly has an important role to play leading up to and after an agreement is finalized. US negotiators can, for example, cite congressional pressure to insist on important terms, just as Iranian negotiators argue that they have to placate hardliners in Tehran.

The question ultimately is how far should Congress go in inserting itself into the process? Certainly members’ statements, inquiries, and hearings are important, but should Congress do more? Let’s look into the future and assume that legislation sponsored by Senate Foreign Relations Committee Chairman Bob Corker (R-TN) that would require congressional review of an agreement passes and is veto-proof. Recognizing that negotiations for a final agreement could fall apart for any number of reasons, let’s also assume that the P5+1 finalize an agreement with Iran on June 30. The question must then be asked, what would happen if Congress, pursuant to the legislation, suspends the lifting of sanctions on Iran and removes the President’s waiver authority? President Obama would veto such action. But also assume that the veto is overridden.

In such an event, there are different possibilities. Iran could well withdraw from the agreement and the international community would blame the United States for its failure. Claims of US extra-territoriality would once again abound. At the very least, Russia and China, and maybe the European Union, would not impose sanctions on Iran. The United States would be isolated. The military option, even if effective, would likely become a false choice because the United States would lose virtually all support from the international community.

We must remember that an agreement with Iran will be multilateral, not bilateral. If Congress stands in the way, there is also a real possibility that a P5+1 agreement with Iran would become a P4+1 agreement. Iran could agree to stand by the terms of the agreement even without the United States. In this scenario, too, the United States would become isolated. It would be the only country that would still have sanctions on Iran. This would put a huge strain on the US-EU relationship. The United States would meet stiff resistance if it were to try and sanction European companies, including financial institutions, for violating its sanctions legislation. Disputes that arose under the Helms-Burton Act and the Iran-Libya Sanctions Act would pale in comparison. The United States never did sanction European companies under those pieces of legislation, though compromises were reached in certain cases. The EU, as it did in those prior instances, could enact its own legislation forbidding European companies from complying with US sanctions legislation and bring an action at the World Trade Organization that would threaten the US interpretation of the national security exemption. At a time when the EU is dealing with serious issues of its own, such a situation would destroy trust and possibly do irreparable damage to the transatlantic relationship. Iran would have succeeded in “dividing and conquering” allies, eliminating US oversight of the agreement, and effectively achieving what it wanted.

A nuclear deal with Iran is surely a better alternative.

Richard L. Morningstar is the Founding Director of the Atlantic Council’s Global Energy Center. He has served as the Secretary of State’s Special Envoy for Eurasian Energy and is also a former US Ambassador to the Republic of Azerbaijan and the European Union.